The Department of Health Center for Health Development 6 (DOH-CHD 6) has received reports of 166 suspected measles cases with three deaths as of January 26 this year. 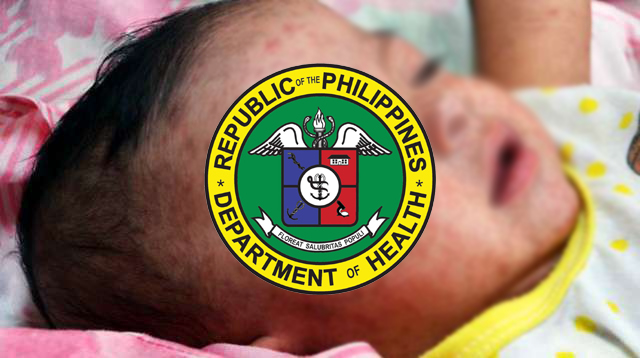 “As declared by Secretary (Francisco) Duque, in today’s press release, there is outbreak nationwide. And among the top regions is Western Visayas,” said Dr. Mary Jane R. Juanico, CHD 6 medical coordinator for child health program, in a text message sent on Thursday.

Juanico added that she is still waiting for a consolidated report from the Regional Epidemiology and Surveillance Unit (RESU) for the breakdown of the 166 cases.

In 2018, CHD 6 has recorded 245 confirmed from out of the 1,052 suspected measles cases. Also, there were four suspected deaths, all waiting to be confirmed.

Of the 245 confirmed cases, 94 were from Negros Occidental and 63 from Bacolod City and 32 from Iloilo province. The rest came from other provinces of Panay.

Moreover, in terms of all immunizations for a less than a year-old baby, they also achieved 61 percent rate.

Both turnouts are lower compared with the 67 percent coverage in 2017.

The move of the DOH to counter the low turnout also did not achieve good results.

Last year’s supplemental measles immunization campaign implemented in 25 local governments in the region to also include two highly urbanized cities was only able to reach out to 195, 356 children or 58 percent of the total target, which is 339,181.

“There are parents or caregivers who are unaware about the campaign and mostly expressed fears as to the effect because of the Dengvaxia,” she said.

Also, DOH vaccinated health workers in 15 selected hospital as a form of infection control as some of the cases came from hospitals.

This coming April, Juanico said they are planning to conduct a region-wide immunization where all local government units and all health facilities will conduct supplemental immunization. “We are just waiting for available logistics to ensure a high coverage,” she added.

Meantime, she appealed to parents to make sure that their children received complete immunization on time. She said that there is available vaccine for six months, nine months old for MMR and another dose at 12 months.

There is also school-based immunization for Grade 1 and 7 students.

“Measles is contagious and can kill our children. So it is very important that our parents complied (with the immunization) not only for the protection of their children but also (of) the community,” she said.

They also have to look out for children or any member of their family for symptoms such as fever, rashes, history of cough, runny nose and red eyes.

If there are complications like pneumonia and diarrhea, they should be brought to a nearest hospital or health center for prompt treatment, she added as she also emphasized the importance of hygiene.

Meanwhile, she said they have also strengthened their surveillance with their health workers initiating a house-to-house campaign to check on possible cases.

“We also would like to encourage our private partners to help us campaign to their private clients, for children seeking private consultation, to avail of the supplemental immunization program whenever it is available,” she added. (By Perla Lena, PNA)