Megaworld, developer of 72-hectare Iloilo Business Park, has announced that it will start the construction of another two office towers in August 2014 to fast track the development of the township.

Named as One Techno Place and Two Techno Place, these office towers will have 19,000 square meters of leasable spaces and will generate 8,000 full time employees (FTE).

“With the heavy influx of inquiries from BPO companies who want to be a part of Iloilo Business Park, we see the urgent need to hasten the construction of more office towers to meet the strong demand,” said Megaworld senior vice president Jericho P. Go in a press conference.

The two office towers are scheduled to be completed in early 2016. 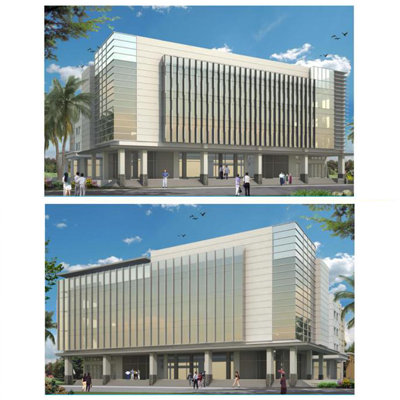 Meanwhile, Megaworld also announced that the three office towers One Global Center, Two Global Center and Richmonde Tower are set to be finished this year. These towers will be able to accommodate 10,000 FTEs for BPO companies.

StarTek, Inc. has already started its operation in Richmonde Tower this June and is poised to launch its standalone BPO office building at Two Global Center by 4th quarter of this year.

Aside from office and residential towers, construction of Megaworld Central Mall and Festive Walk has started and are expected to be finished in second half of 2015. Richmonde Hotel Iloilo and Courtyard by Marriott are also scheduled to be completed next year.