The 303rd Foundation Anniversary and 21st Salakayan Festival’s Agro Trade Fair Exhibit in Miagao, Iloilo officially opens on Monday, February 4, 2019. The display of products is located at the municipal grounds and will run until February 10, 2019. 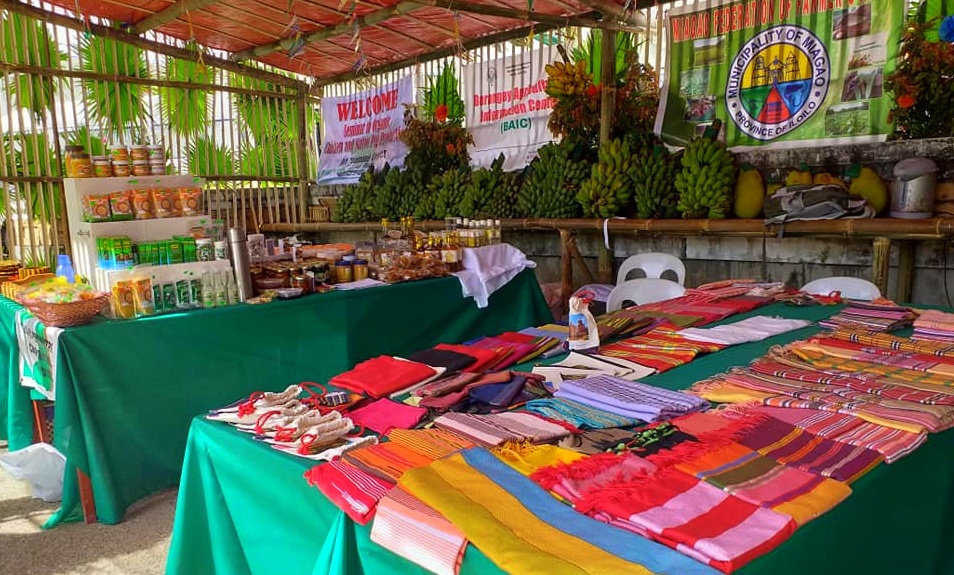 The exhibit aims to showcase the different agri, fishery based, bamboo and hablon products from small, micro, and medium entrepreneurs in Miagao.

“The agro trade fair has improved year after year of its conduct. I am very positive that farmers and fisherfolks will have innovations on their products and not just sell it as raw produce. The products with added value or processed could increase their income and improve their quality of lives,” says Mayor Macario N. Napulan.

Ms. Esterlita M. Baddong of DTI Iloilo was the guest of honor during the opening program. She said in her message that, “the Agro Trade Fair is a very good venue for small, micro and medium enterprise to showcase the products and link them to other business entrepreneurs of the region. The DTI have established a Negosyo Center in Miagao to assist all those who would inquire regarding how to start up their business.”