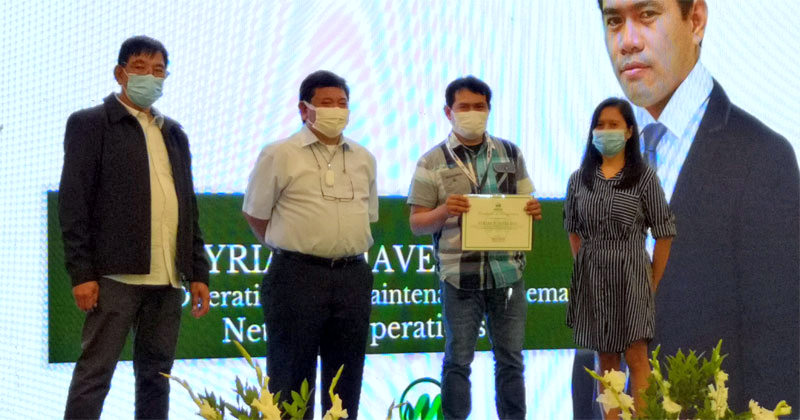 Tears of joy overflowed as 51 employees of MORE Power Iloilo, who came from the previous distribution utility, were ‘regularized’ after 6 months of service in the new power company of Iloilo City.

It was a surprising ceremony for these workers who did not expect that they will be upgraded to ‘regular’ status in just a short amount of time, something they did not get while working in the previous DU for several years, even close to two decades for some.

Ma. Cecilia Pe-Calunod, Head of Customer Care Dept. of More Power, recognized the essential roles of each of these workers “who worked so hard 24/7 for the betterment of Iloilo City.”

“More Power needs you – your talent, your skills, your perseverance. We need you as much as you need us,” said Pe-Calunod.

Alexis Nacionales, a line testing technician under Network Operations Dept., could not hold back his tears while relating his experience in previous DU and expressing thanks to his new employer for regularizing him.

In his remarks, Castro lauded the 51 employees who “took the risk and bold enough to join MORE” when it took over the city’s power distribution in the end of February 2020.

“I know it was difficult for you to make a decision six months ago to join MORE. You were torn between staying with the old company or joining a new company that you don’t even know…I salute all of you 51 who had the courage to come forward and say I will join MORE,” Castro said.

He also reminded the workers of the main focus of the company which is valuing their consumers.
“We want each and everyone to be treating our consumers the highest respect, the best-accorded service that we can give to our consumers,” Castro added.

“That is how I treat all of you. We are giving you the best because we want you to give the best to our consumers,” he concluded.