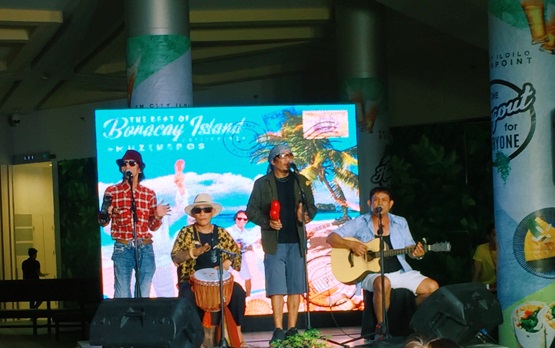 The afternoon was filled with local feel as the group entertained the crowd with their signature music which has a vibe of both folk and reggae music.

The band’s vocalist Raffy Buenavides, is best known for his Hiligaynon hit song Inday. He also is a popular voice in some local business endorsements as well as local and national figures in politics.

Another member, Ricky Alejo, is a photographer of the local newspaper The Daily Guardian. Aside from his inherent love for music and healthy living through healthy eating, his photos have also graced the pages of some publications in Metro Manila.

Buenavides and Alejo is joined by music-loving folk singer Harris Decena and businessman Esmael Alba, who completes the whole package for the Muzikeros, coming from different musical influences and creating one unique vibe and beautiful music. 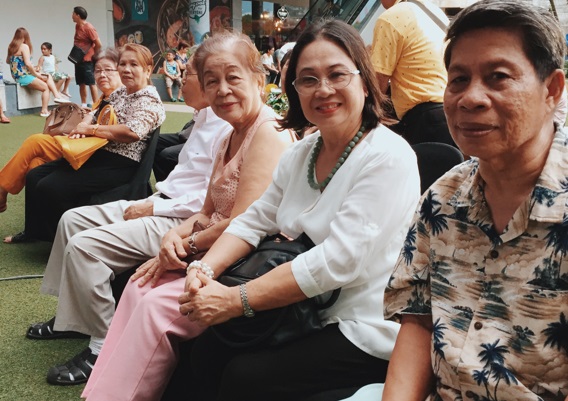 The afternoon was made even more special as it served as a musical treat for senior citizens as part of the Grandparents Day celebration in the mall. Members of the Federation of Senior Citizens Affairs of the Philippine Iloilo (FSCAP Iloilo) were present during the event.

The Best of Boracay is Muzikero’s tribute and offering to the island’s rehabilitation and reopening slated on October 26 this year. The video is now available for viewing on Youtube.