Robinsons Place Iloilo has installed 2,400 solar panels in its roof as part of the company’s green initiatives and saving on power cost. 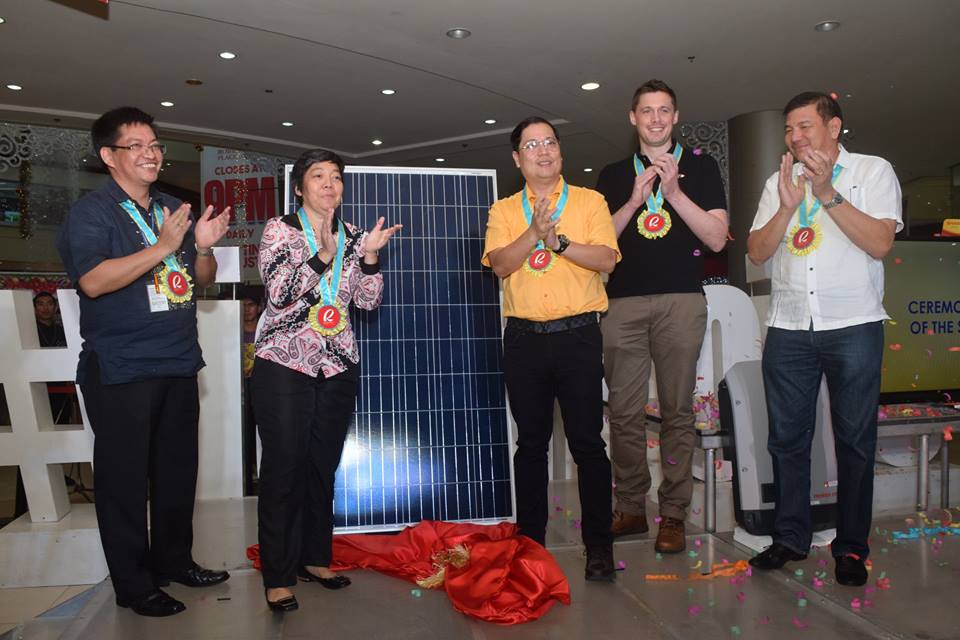 Robinsons Land Corporation formally inaugurated the operational PV solar rooftop mall on Wednesday, December 2. The solar-powered business establishment is the first-of-its-kind in the region and second nationwide among Robinsons mall.

The project was undertaken by Solenergy Systems Inc., which showcased in the inauguration the major components used from Canadian Solar panels to the Fronius Symo inverter that were on display.

The installation of solar panels, which was biggest rooftop solar works to date, was done in 2 months time. Watch this video from Solenergy Systems Inc.:

Mayor Jed Patrick E. Mabilog joined the launching, and congratulated Robinsons Place Iloilo for making the mall an environment-friendly facility as it heeds the call for promotion of renewable energy sources in the metropolis.