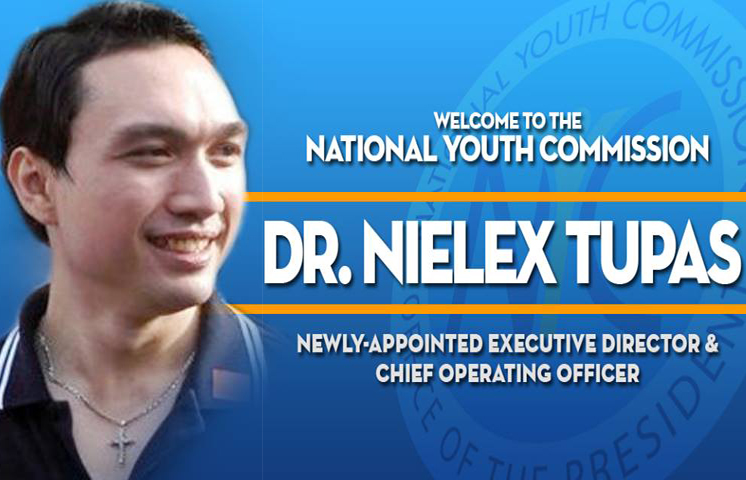 He is a three-termer Councilor of the City of Iloilo since 2007 where he received the highest votes in the history of Iloilo City Council politics with more or less 125,000 votes. Tupas is instrumental in the creation of the Iloilo City Local Youth Development Council (LYDC).

As the Executive Director, Tupas will oversee operational activities of the Commission and shall serve as adviser in the formulation and implementation of objectives, policies, plans and programs.

ED Tupas is the youngest son of the late Iloilo Governor Niel Tupas, Sr., and former Barotac Viejo Mayor Myrna Causing-Tupas. He is happily married to Dr. Candice Alumisin-Tupas and was gifted with two children, Alexa and Lextom. [via NYC Facebook]