As part of their employee volunteerism program, SM City Iloilo’s team went out of their usual work routine to extend assistance to the Brigada Eskwela project being implemented in the country. 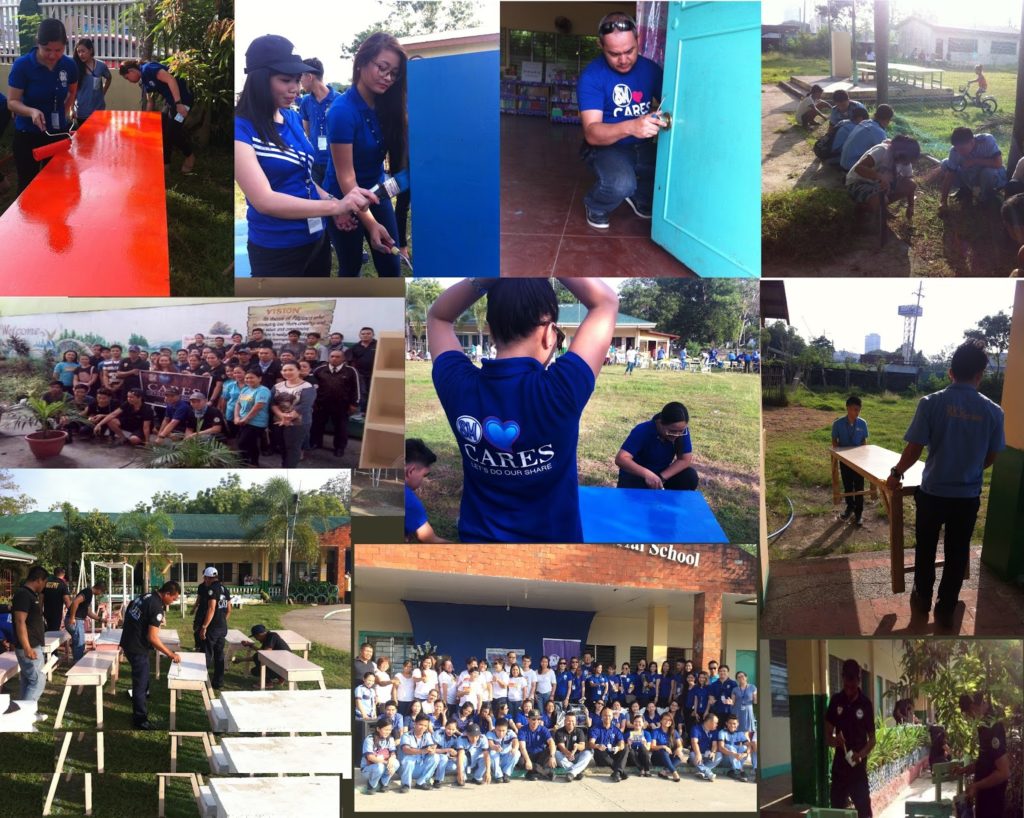 This year, the Glicerio Pison Elementary School was extended assistance by mall employees and personnel by cleaning the school premises last May 19, 2017.

Chairs and tables were painted, doorknobs were fixed and the school handwashing area was refurbished with new tiles and was installed new faucets to make it functional.

The employee volunteerism program is one of the many efforts spearheaded by SM City Iloilo to be in touch with the community. The efforts is a way for SM Employees to exercise their social responsibility and to directly immerse themselves with the community SM serves.

The project is being done on top of the institutionalized community projects of the company that benefit children, senior citizens, the environment, farmers and PWDs among others, through SM Cares and SM Foundation Inc.

Earlier during the week, Molo II Elementary school was also extended assistance by the SM City Iloilo Foodhall and Foodcourt group. The mall’s agency maintenance and security personnel also played a big role in the activity.