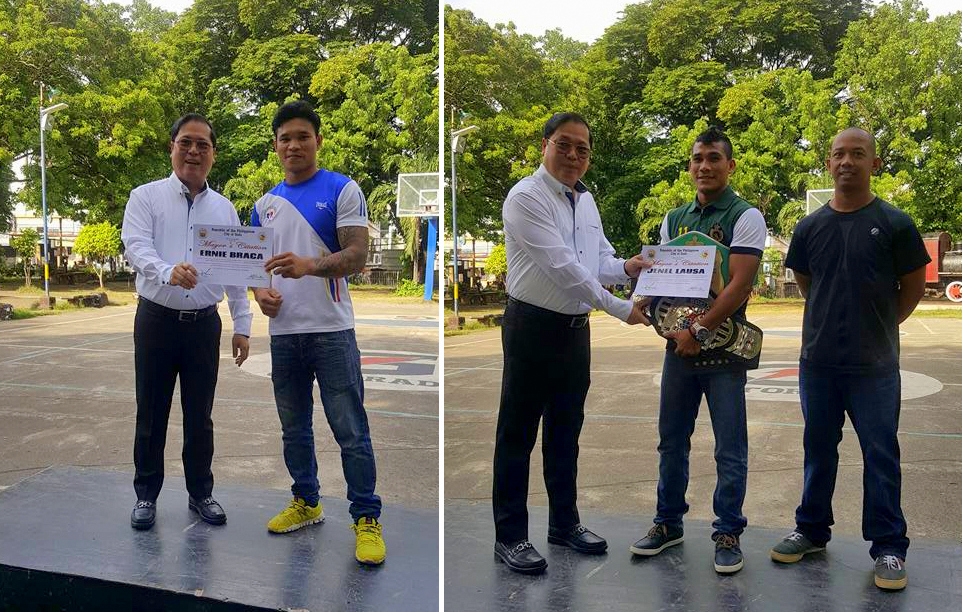 Certificates of appreciation and recognition were given to Earnie Braca and Jenel Lausa.

“I am thankful to Mayor Jed Patrick Mabilog for welcoming and giving us recognition,” said Braca.

Lausa who is also known as “Demolition Man” is one of the only two Filipino Martial Artists in Ultimate Fighting Championship (UFC) who conquered his Chinese opponent Zhikui Yao, in an undercard match in Melbourne Australia.

Lausa is a native of Concepcion, Iloilo and he was discovered during the grappling tournament launched by the City Government.
“Respect, being humble, and always look back from where you came from are my disciplines in life and that made me who I am today,” Lausa said.

The two athletes did not finish their education but sports gave them opportunities to be successful in the field of combat sports, said Castro.

The City Sports Development Council plans to conduct a year round tournament with the partnership of local gyms and grassroots programs intended to enhance the talents and skills of young and aspiring MMA enthusiasts. [Christ John Gamarcha & Ma. Nie Ville Lumawag/Iloilo City PIO]