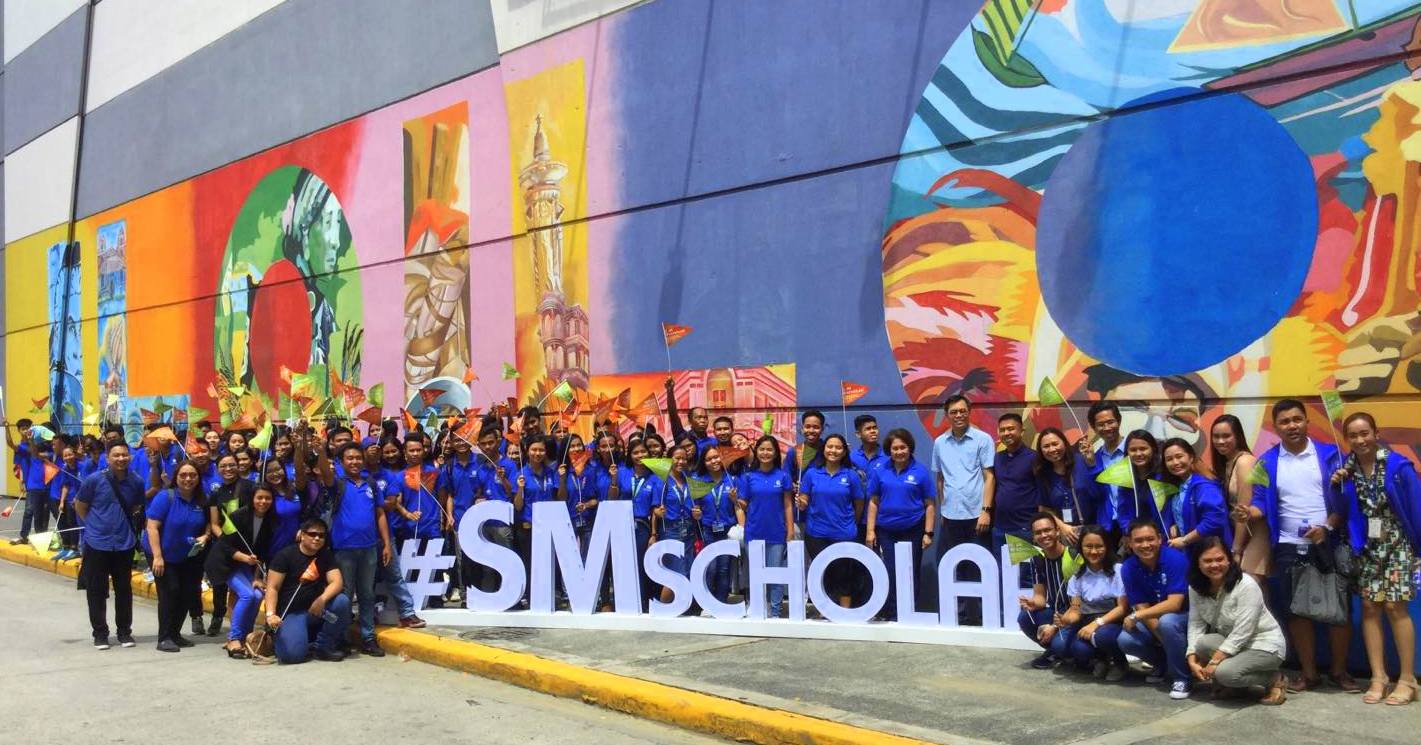 The general assembly is an annual event for all college and technical vocational (techvoc) scholars under SM Foundation to interact and get to know one another, and to meet up with their mentors and benefactors.

The gathering began with a morning mass in SM City Iloilo’s main entrance, the venue where the regular Sunday mass in the mall is held. After the mass, SM Foundation Executive Director for Education Carmen Linda Atayde addressed the crowd, including the regular mallgoers in the mall, and emphasized that The SM Foundation’s Scholarship Program was established by the late Henry Sy Sr. because he believes that education is the best weapon to alleviate people from poverty.

The SMFI tech-voc scholars from Don Bosco in Dumangas, Iloilo were also present together with Fr. Dindo Vitug and Fr. Allen Elevado.

The scholars then proceeded to the mall’s cinema 6 for the program wherein the SM Foundation Asst. Vice President Ling Lansang welcomed them and gave a brief overview of the general assembly.

The students were later made to watch short inspirational videos about the life of SM Founder Henry Sy, Sr.

The gathering was also an opportunity for the tech-voc scholars and the college scholars to know each other, as well as meet the alumni who are now professionals in their chosen fields.

SM Scholars and alumni shared testimonies and inspirational messages about SM Foundation’s scholarship program and their stories of struggles and success along the way.

SM City Iloilo Mall Manager Gilbert Domingo and The SM Store Branch Manager Reina Donesa also shared their experiences working in SM as well as offer inspirational messages on how they hurdled the challenges to get to where they are now in their respective careers.

After the program, the scholars were given a treat as they cap the day with the movie Lion King.

Aspiring SM scholars can already avail of the SM College Scholarship Program online application for SY 2020-2021, which started last October 15 and will end until December 15, 2019.

Interested applicants can visit the SM Scholarship website for the qualifications, requirements, accredited courses, partner schools, and other information about the program: https://sm-foundation.org/programs/education.