Sun Life Foundation together with Children’s Hour brings its Project 120 Classrooms initiative to far-flung communities badly-hit by Typhoon Haiyan in the province of Iloilo, with a donor build at Lawis Elementary School in Balasan. 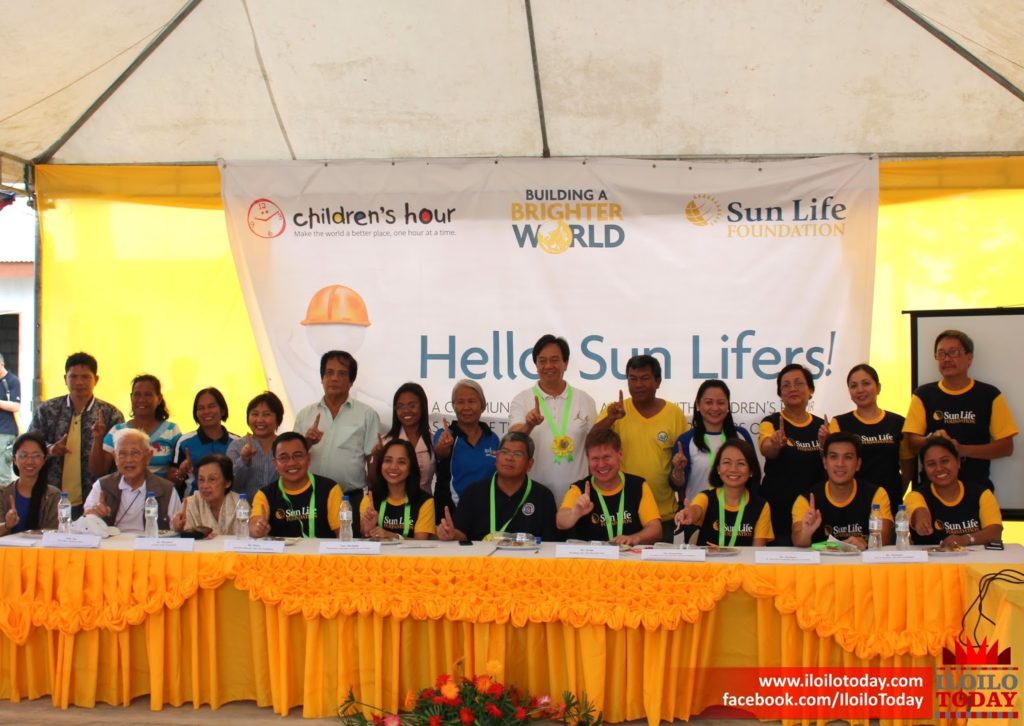 “We in Sun Life are inspired by the promise to build back better. As a company that has been in the country for 120 years, we have seen how Filipinos have time and again been able to rise and shine together. No one should be left behind. So in our own way, we hope to make a brighter difference to those who are most in need,” affirmed Riza Mantaring.

For its Iloilo phase, 17 rooms will be built in five different schools located in the municipalities of Balasan, Batad, San Dionisio, and Estancia. These areas were selected based on their urgent need to hold classes in a safe and secure establishment, not under tarps and makeshift tents. Children’s Hour coordinated with the Department of Education to know the priority areas for rehabilitation.

“We want to give support to communities that may not have immediate access to aid and donations, as compared to more urban areas. Rehabilitation is not just about fixing the present but also having foresight such as ensuring the education of its members,” said Sun Life Foundation executive director Zillah Flores.

Project 120 Classrooms aims to build 120 new class rooms in places affected by Typhoon Haiyan and the 7.2-magnitude earthquake. Since its launch last year, Project 120 Classrooms have renewed the spirit of students in the badly-devastated schools in Bohol and Cebu. Aside from education, the Foundation also helped restore the means of livelihood for the fishing communities of Culion, Palawan.

“Generosity has always been part of being a Sun Lifer, and what better way to celebrate our birthday than doing our part to building a brighter world. With Project 120 Classrooms, we are leaving a legacy that can endure through generations,” shared Mantaring.

Incorporated in 2007, the Sun Life Financial Philippines Foundation is a donor-giving agency that serves as the corporate social responsibility arm of Sun Life Philippines. It is guided by the four pillars of education, health and wellness, arts and culture, and environmental protection, which includes disaster relief and rehabilitation. More photos of the event at Iloilo Today Facebook page.