The missing 16-year-old teen who’s been missing since Sunday afternoon was found safe in Pavia, Iloilo. 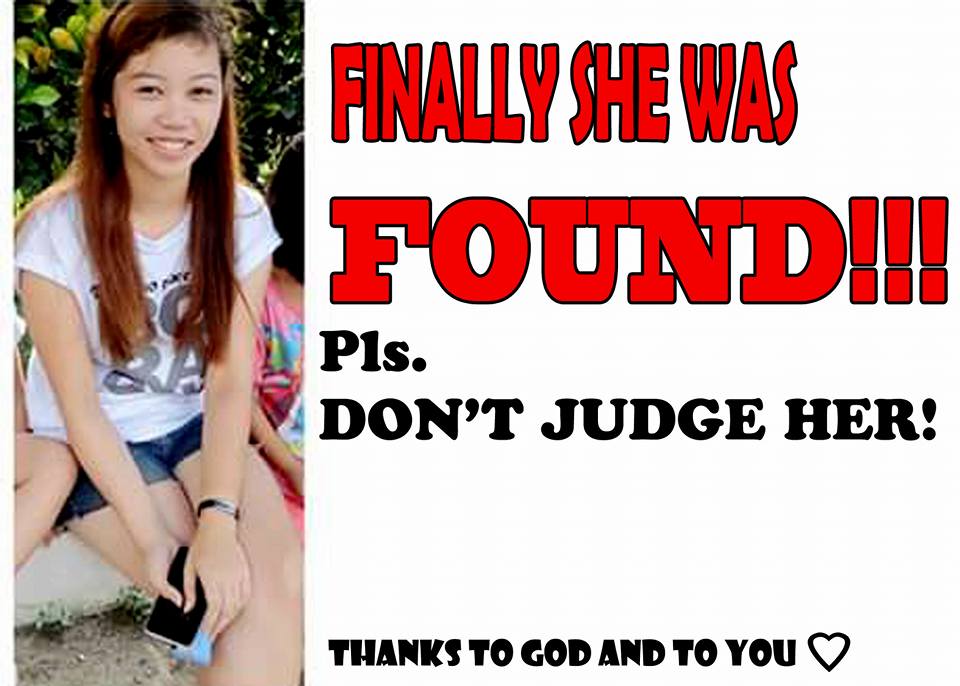 Barotac Nuevo native Frances Claire Braga, BSIT student of West Visayas State University, was riding on a Ceres bus on her way to Iloilo City Sunday afternoon when she disappeared.

Her family was very worried when she texted that a stalker was on the same bus and had been following her. They haven’t heard from her since then.

Claire’s photos became viral in social media after her folks shared it online, asking for any information that could help find her.

Authorities later found Claire safe at her boyfriend’s house at Purok I, Pavia. The family thanks everyone who shared the photos online and helped trace her.