This summer, include Iloilo City in your list of destinations; ride a bike and feel safe as you go around the city touring its heritage and other tourism areas. 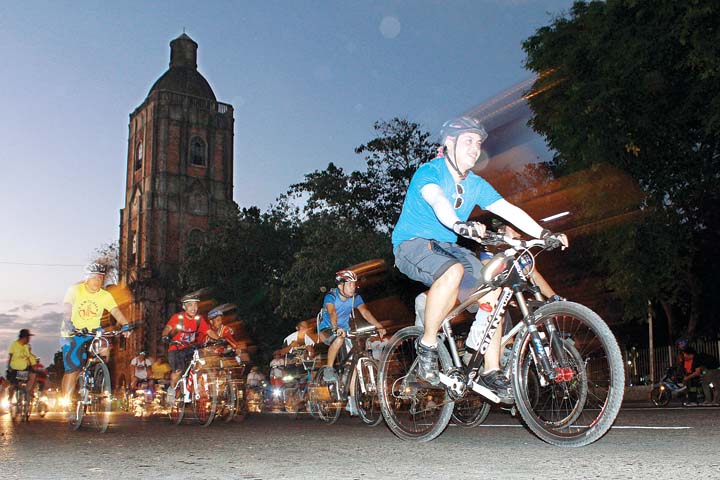 This was the idea behind the ‘visi-tour,’ which started as a weekend ride with friends, said Wilfredo Sy Jr, president of the Iloilo Folding Bike Riders.

“It’s like going around the city, looking up heritage and tourism areas and usually we go to a spot and gets to share what their passion is,” Sy said.

This form of leisure not only promotes various destinations in this city but encourages as well the use of bicycle as a form of transportation.

Sy said that during the tour, they often ask their guests what is it that they would like to see in Iloilo.

They may choose from plazas, heritage houses, bridges, art galleries and museums and adventures and modern destinations such as the Smallville and the Megaworld, among others.

Visitors may choose from among the eight packages of Fitstop Bites and Bikes which offer bike rentals from a minimum of PHP75 to PHP200 per hour.

“These packages are rooted on experience,” he added.

Their latest guests were Ford Foundation fellows who arrived in this city to do a study on what happened after their fellowship program.

Iloilo City has been a pioneer of the share-a-road campaign and was even recognized by Malacañang through a Bayanihan sa Daan Award in 2014.

Only last month, the city government here and the private sector gathered some 5,000 bike enthusiasts for the 3rd Iloilo Bike Festival that showcases this locality as a bike-friendly and walkable city in the country. [via PNA] | Photo by mb.com.ph