Spice up your day with this funny piece of Binalaybay from an Ilongga student!

An unknown Ilongga student did a Binalaybay piece, and it went viral after netizens found it hilarious. The students must be from University of San Agustin, as she was always talking about being an ‘Agustino’ in the piece.

Binalaybay is a poem written in Hiligaynon, the Ilonggo dialect. The student delivered the Binalaybay as if it’s a declamation piece, with funny acting and moves to amuse the audience. 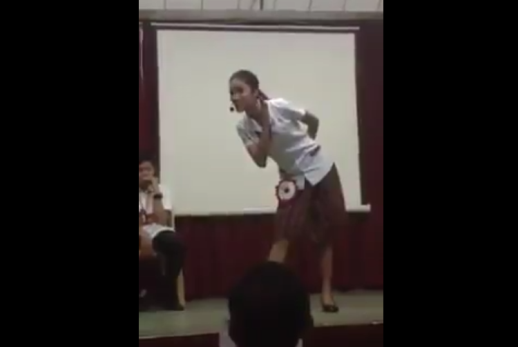 Facebook page Pinoy Kulitan Worldwide first posted the video in social media on Sunday, and it was shared almost 2,000 times online, viewed close to 55,000 with thousands of likes and comments.