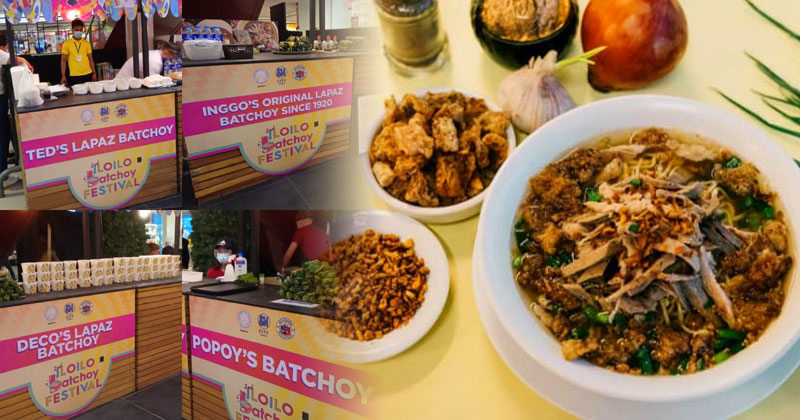 Iloilo Batchoy Festival is here once again to celebrate Ilonggos’ very own comfort dish, with iconic brands participating in the event at SM City Iloilo.

The 2nd Batchoy Festival officially opened at the lower ground level of the region’s biggest mall last January 21 and it will be boiling to a simmer until January 24, 2021.

The success of the first-ever Batchoy Festival last 2020 paved the way to pursue the event despite the challenges this year. After all, this famous soup is what Iloilo is known for.

Batchoy is a hearty noodle soup that traces its origin in La Paz district, hence it is often referred to as La Paz Batchoy. The usual ingredients of the Batchoy are Miki (egg noodles), Pork, Liver, Pork Intestines, Chicharon, Garlic and Chives, all sitting on top of the hot broth of pork or beef bones and condiments, boiled for hours to squeeze all the flavor from the ingredients put into the soup.

Four iconic Batchoy brands- Inggo’s Original Batchoy since 1920 prides itself as the first batchoy in Iloilo, Popoy’s Original Lapaz Batchoy, a popular brand visited by aficionados in its space at the Iloilo Central Market, Ted’s Old Timer La Paz Batchoy, considered by most as a household name when it comes to the popular soup dish, and Deco’s Original Lapaz Batchoy who takes pride as the “Father of all Batchoy”, come together in this one-of-a-kind event, each with its own story to tell, as well its own signature recipe.

A joint project of SM City Iloilo with the Department of Tourism Region VI, Iloilo City Government, and the Iloilo Festivals Foundation, Inc., the Batchoy Festival is a tribute to the Ilonggo culture and heritage rooted in the history of its people and its rich culinary tradition.

Customers of the mall can safely enjoy the beloved Ilonggo dish, along with other specialties at the designated dining areas located in the mall.

For further inquiries, one can visit the official Facebook page of SM City Iloilo or call (033) 3209609 for updates.