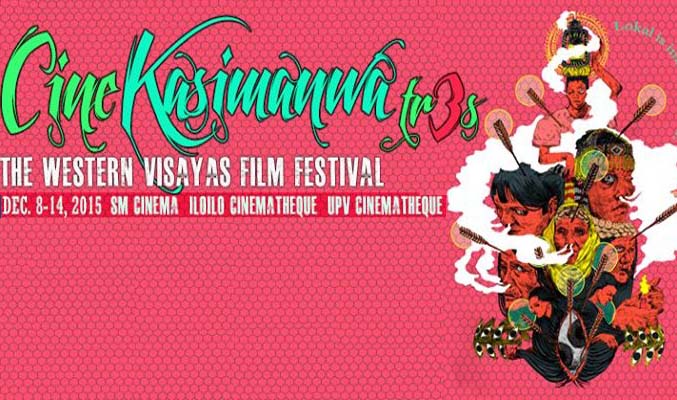 Elvert C. Bañares, CineKasimanwa Festival Ilonggo director and programmer said 99 short films were submitted for screening from out of the more than 140 submissions. This happened to be the biggest number of programmed short films yet for any local film festival.

They came up with four Ilonggo films representing four provinces in the region that were awarded grants of Php 100,000 each from the DOT while the fifth film is purely for tourism spots and products in the province of Aklan.

The films that run from 18 to 25 minutes were made in Iloilo, Antique, Guimaras and Aklan.

The regional film festival is the first in the Philippines held every month of December, Bañares said.

The festival director is widely known for his counter-programming approaches since the eKsperimEnto Filmfest years, decided to open with four short films representing Western Visayas in diverse ways.

The grantees and their films to be shown at the world premiere in Iloilo are “Sa Pagtunod It Adlaw” by Romart Martesano of Aklan, “Ang Panglakaton” by Mia Reyes of Antique, “Sa Dapa-Dapa Sang Balaan Bukid by Noel de Leon of Guimaras, and “Katapusan nga Handum” by Aimee Apostol-Escasa of Iloilo.

To be shown as opening films for its world premiere on Dec. 8 are “One Week Earlier” by Allyn May Canja and Eric Barbosa Jr., “Kagat” by May Fatima Villarta, and “TNT” by Roberto Reyes Ang.

All filmmakers and actor Perry Escaño are in attendance during the opening program, which will also feature the launch of trailers of the Film Grants Program.

Consistent with its annual curatorial approach to film festival programming, the opening films were programmed to celebrate three years of good harvest for Western Visayan cinema under the theme “Ginhawa” (breath).

Like last year, the festival donates 25 percent of each ticket to the Jaro Archdiocesan Social Action Center (JASAC) and Project Rebuild. The rest are equally divided into filmmaker’s and producer’s share, cinema rentals with SM City Iloilo Cinema 1, and the film festival operational funds.