Traveling from Iloilo to Boracay is now so much faster and easier as Air Juan added Iloilo-Caticlan route to its networks. 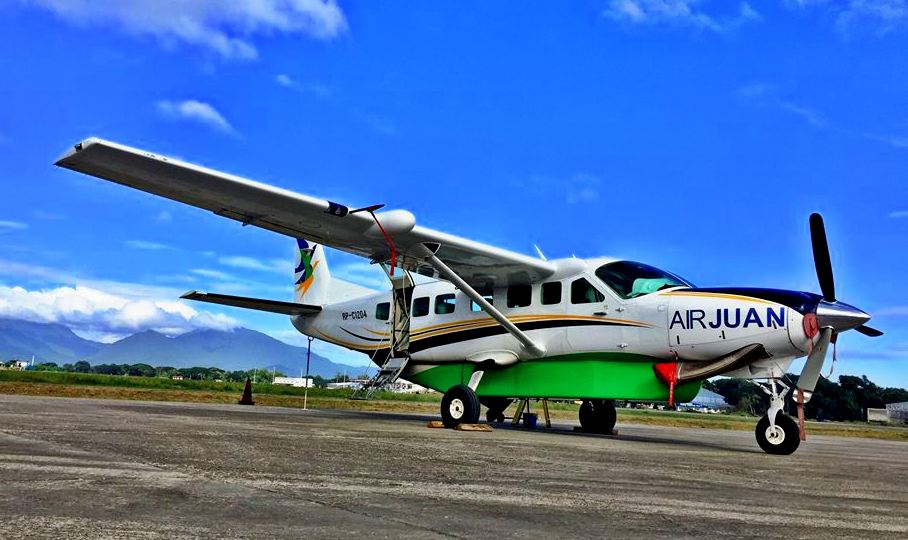 Air Juan launched its Iloilo-Caticlan and Iloilo-Cuyo flights and vice versa on Monday, March 20, 2017, as part of the airline’s thrust for inter-island accessibility between popular destinations in Visayas and Palawan.

For these new flights, Air Juan will utilize its fleet of brand new Grand Caravan landplanes which can carry a total of up to nine passengers plus a complement of two flight crews. The aircraft has very comfortable, all leather seats with modern upholstered cabin interiors.

The passenger windows are purposely designed for scenic and adventure flights.

Schedule of Flights and Fares

Customers may book and purchase Air Juan tickets for all scheduled flights through its recently-launched booking engine via www.airjuan.com. For inquiries, you may contact (+632) 718-111 or email reservations@airjuan.com.

Air Juan is a pioneering aviation company in the Philippines that provides fast and hassle-free air transport services to some of the Philippines most beautiful and less-chartered destinations.

The company is a duly licensed scheduled airline by the Civil Aviation Authority of the Philippines (CAAP) and the Civil Aeronautics Board (CAB).

Air Juan is also accredited by the Department of Tourism (DOT) as a Tourist Air Transport provider. Air Juan operates scheduled flights from its hub in Puerto Princesa to Busuanga (Coron), Caticlan, Cuyo and Iloilo utilizing its Cessna Grand Caravan-Ex.