The Philippines and China representatives met recently to discuss economic developments and plans which include the support for Iloilo-Guimaras bridge. 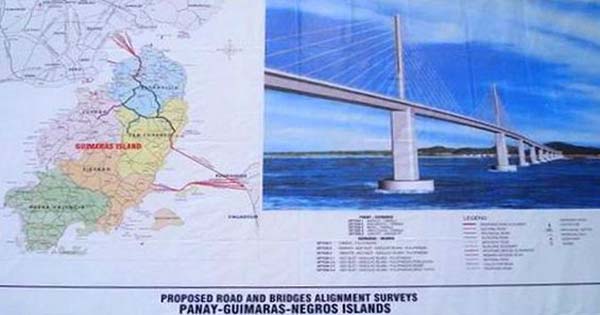 Philippine economic managers led by Finance Secretary Carlos Dominguez III and the high-level delegation from China led by Vice Minister Fu Ziying of the Chinese Ministry of Commerce met at the Marco Polo Hotel Davao on Friday and exchanged letters related to the feasibility studies on the construction of the Panay-Guimaras-Negros Bridges Project and Davao City Expressway Project.

Dominguez and Fu signed the documents of the first two of the nine proposed projects that would receive Chinese support.

The high-level meeting of both parties was part of the four-day visit of Chinese Vice Premier Wang Yang with President Rodrigo Duterte in Davao. Wang brought in about $6 billion in deals, including agreements for agriculture exports to China, and loans for infrastructure projects such as railways and hydroelectric dams.

In an interview over Bombo Radyo Iloilo, Reyes said that the people of Guimaras are very excited for the project which will certainly boost tourism in the island-province for it would make it easier for tourists and locals to travel especially during bad weather.

Iloilo-Guimaras bridge is part of the $1-billion link bridge project of the Duterte administration which will connect the provinces of Iloilo, Guimaras, Negros and Cebu.

Based on the original plan, the first phase of the project will cover the construction of the Iloilo-Guimaras bridge, while phase 2 will be Guimaras to Negros Occidental, and phase 3 the extension to Cebu.

Guimaras governor Samuel Gumarin previously revealed that the national government through Department of Public Works and Highways (DPWH) had already sent P150 million as initial budget for preparation and clearing of access roads.

“This will be the most ambitious bridge program in the history of our nation,” said Secretary Mark Villar. “We’re targeting to finish this before the end of Duterte administration.”