Iloilo City Council has approved an ordinance that prohibits using backpacks and carrying canned and glass-bottled drinks during Dinagyang Festival and other major events in the city. 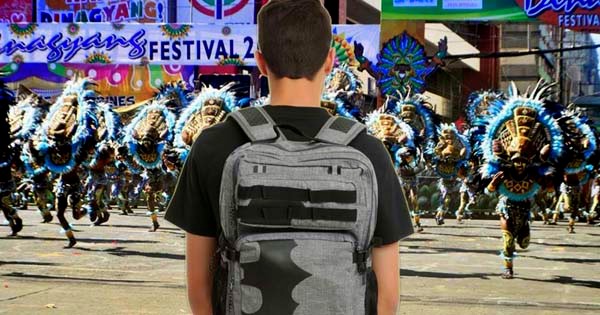 Councilor Jeffrey Ganzon, chairman of the Committee on Police, Fire, Penology, Public Safety, Order and Security, Drugs and Rehabilitation in the Sangguniang Panlungsod (SP), was the proponent of the ordinance aimed to ensure the public safety and welfare during the events in which “roads are closed and crowds are densely packed.”

The ordinance stated that “backpacks can be used as containers to conceal items that can cause harm, such as bladed weapons, firearms, explosives, harmful chemicals, and the like.”

Visiting foreigners, however, are exempted from the ordinance if they can show their passport.

Canned and glass bottled drinks and beverages are also prohibited as it pose dangers to people. Establishments are required to use plastic and styro cups in selling softdrinks, beer and other beverages.

Establishments will be fined P500 or one-day imprisonment for those caught selling glass bottles and canned beverages/alcoholic drinks.

Police authorities will confiscate backpacks, but will return it to owners after the event.

Majority of the City Council members approved the ordinance, with two abstentions. Councilors R Leone Gerochi and Jay Treñas registered reservation to include backpacks from the list of prohibited items.