International brand Marriott Courtyard Hotel is set to open first half of this year in Megaworld Corporation’s Iloilo Business Park. 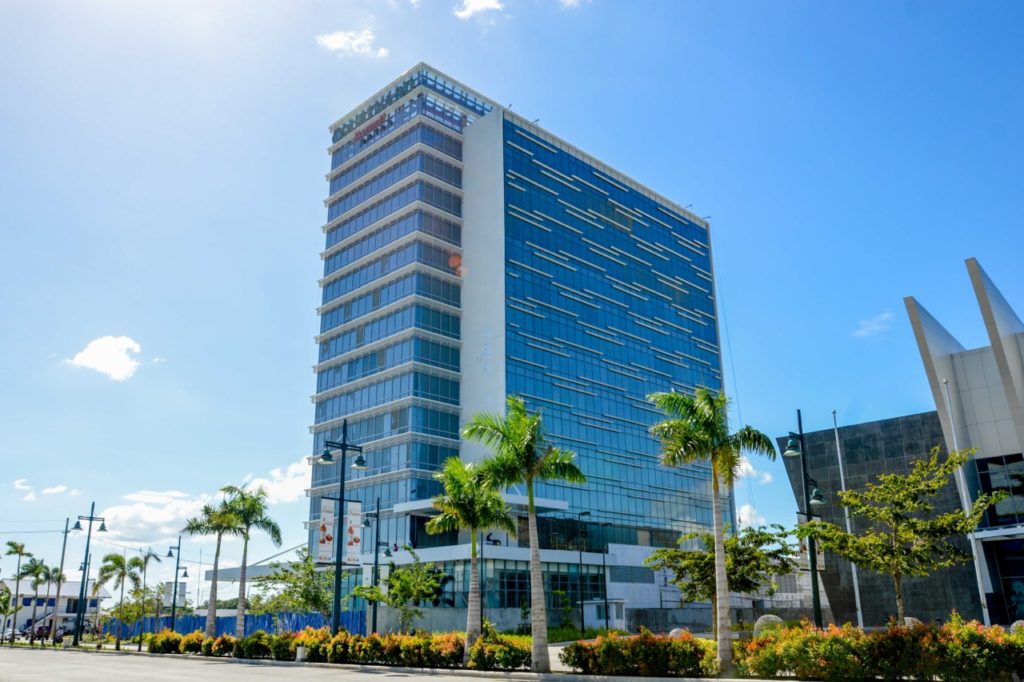 Strategically located beside the iconic Iloilo Convention Center, the P1.5-billion first-class hotel will offer 326 rooms and it will be the first Marriott Courtyard Hotel to rise in the Philippines from Marriott International’s portfolio of world-class hotels.

The 15-storey world class hotel will feature spacious rooms and suites including the 121 King Rooms, 140 Doubles, 32 Executive Rooms and 16 Suites. All rooms will have a curtain wall system that provides an amazing view of the urban landscape of Iloilo Business Park.

The hotel takes pride of its classy amenities that include a lounge bar, meeting rooms, swimming pool with pool bar, outdoor bar and grill, state-of-the-art gym and business center.

“This is another milestone for Iloilo Business Park. Our development in Iloilo is a showcase of our company’s commitment to uplifting the Ilonggo lifestyle to a whole new level,” said Jericho Go, first vice president, Megaworld. “The quality of service of Courtyard by Marriott is legendary and will help to lift the level of accommodation and leisure in Iloilo City.”

Courtyard Hotel is one of four new hotels that the property giant Megaworld will open within this year. The company is also set to open Savoy Hotel Boracay in Boracay Newcoast by first half of this year, and Savoy Newport Hotel in Newport City and Hotel Lucky Chinatown in Binondo, Manila, by the second half of the year.

Savoy Hotel Boracay Newcoast is a 559-room resort hotel in the 150-hectare Boracay Newcoast development. The six-storey hotel will feature the country’s first concert pool arena, which will be capable of hosting events in a pool setting.

The 11-storey Savoy Newport Hotel, on the other hand, will offer 684 rooms and will add to the growing hotel offerings of the 24/7 leisure and entertainment complex of Newport City, which is the home of the renowned Resorts World Manila.

In Binondo, Manila, the six-storey Hotel Lucky Chinatown will offer 93 guestrooms and will mainly cater to Chinese tourists and businessmen as well as for those who are on a historic tour of Manila.

“We see tourism as a potential driver of growth for Megaworld as we draw more people to our developments. Within the next three to five years, we hope to see a bigger slice of hotel earnings in our revenue pie as we open our new hotels,” says Kevin L. Tan, senior vice president, Megaworld.

The company is operating three Richmonde Hotels in Eastwood City, Ortigas and Iloilo Business Park; and one Belmont Hotel in Newport City. Three more hotels under its portfolio are scheduled for completion within the next five years in various townships.