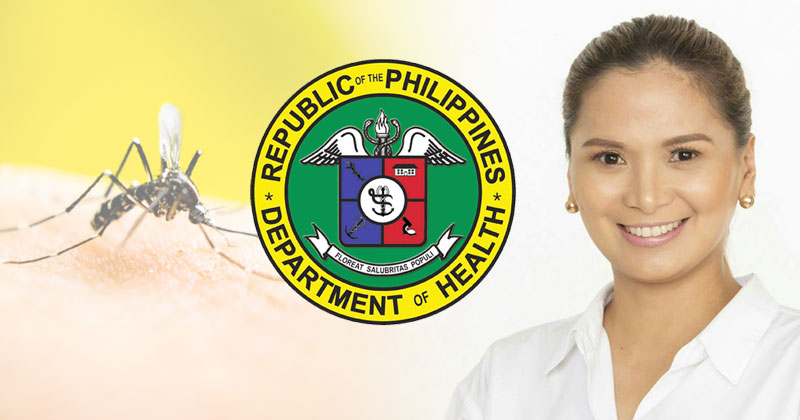 Iloilo City Lone District representative Julienne ‘Jamjam’ Baronda has requested the Department of Health (DOH) to recommend the suspension of classes in the metropolis due to Dengue outbreak.

In her letter to Health secretary Francisco Duque III, Baronda requested for ‘immediate recommendation to suspend classes in Iloilo City, at the very least, if not the whole Panay area for a reasonable amount of time.’

Baronda noted that the dengue outbreak as declared by DOH in Western Visayas is ‘not just alarming, but already deemed present, clear, and imminently life threatening.’

Based on DOH data from January to July 13, there are already 18,834 dengue cases with 94 deaths in the region. In Iloilo City, 868 dengue cases were reported with 6 deaths.

The class suspension would give government units concerned and their partner agencies time to initiate and implement a unified and massive clean-up drive to rid areas of probable and identified breeding grounds and nesting places of mosquitoes, particularly within immediate vicinity of schools and other educational institutions, she said.

Baronda added that based on studies, most dengue patients are students and learners, hence, schools and educational facilities are main areas of concern.

Duque, who was in Iloilo Thursday, said that the recommendation is sound because most of the victims are school children.

“It resonates with us because the dengue victims are in 5-9 and 10-14 age groups. We will refer it to Dengue Program Management Office of the DOH to evaluate the recommendation,” Duque said.

He added that Department of Education (DepEd) and Department of Interior and Local Government (DILG) has to be ‘in the loop’ and should be consulted when making such recommendation.

Baronda is a first-termer and first lady representative of Iloilo City to the lower house of Congress. Her platform dubbed as HOPE (Health, Obra, Peace and Order, Education) Program of Public Service focuses on the health care needs, issues and concerns of the Ilonggos.