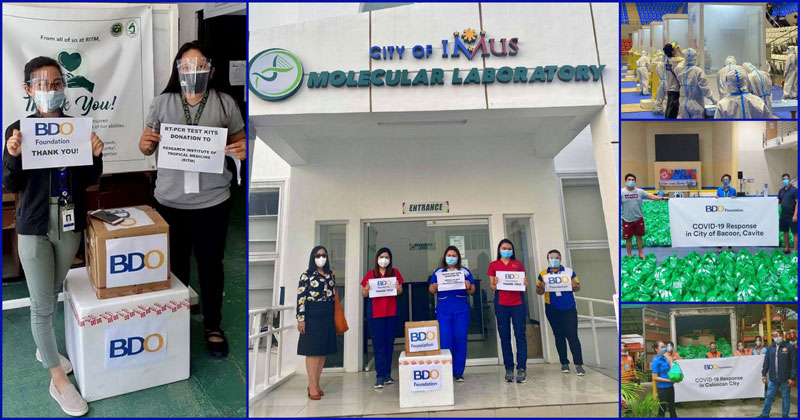 The resiliency of Filipinos in the face of crisis is once again highlighted in this battle against COVID-19. Even without the vaccine yet, hopes are high that we will get through this with the presence of means to survive the fight.

BDO Foundation came in with a number of initiatives it has launched few months since the global pandemic reached the country to help various sectors get back on their feet.

BDO Foundation launched the Peso-for-Peso Donation Drive, a fundraising activity that ran from May until July 16, 2020. Proceeds were used to provide test kits and supplies to COVID-19 testing centers in underserved communities nationwide.

Under the drive, minimum donations of P500 and maximum donations of up to P1 million per donor were matched peso for peso by BDO Foundation. Donations from BDO and non-BDO customers, as well as BDO employees, poured in via the Bank’s
e-banking channels—BDO Online and Mobile Banking, as well as through BDO Credit Card, ATMs, and branches.

Mario Deriquito, president of BDO Foundation, said the initiative forms part of the Foundation’s advocacy to rebuild lives and provide support to hospitals, especially rural health units all over the Philippines.

Part of the money raised from the drive funded the donation of close to 10,000 PCR test kits for use of 10 hospitals across the country. These recipient-hospitals agreed to use the test kits for frontliners and people who cannot afford the high costs of testing.

On top of these efforts, BDO Foundation also supported the Philippine government’s RapidPass and ReliefAgad programs, highlighting the importance of collaboration between the private sector and the national government.

The Bank, through the Foundation, donated 300 smartphones with prepaid loads and 550 powerbanks to the Department of Science and Technology in support of the RapidPass System. RapidPass used QR codes, which facilitated the quick passage of the vehicles of over 500,000 authorized frontliners. The smartphones donated by the Foundation served as QR scanners at 180 checkpoints, where there were special lanes for frontliners.

Additionally, BDO Foundation also provided support to facilitate one-time passwords to users of ReliefAgad, a web application that allowed those entitled to a cash aid to register online and to receive their financial assistance safely and swiftly through electronic payment systems or directly from banks.

Isolate, test, and trace comprise the backbone of an effective COVID-19 response, according to the World Health Organization. Many countries who have successfully contained the spread of the virus implemented such protocol. Now, the Philippines is no longer too far behind with the pilot implementation of Project ARK’s pooled RT-PCR testing in two key cities in the country, namely, Makati and Cebu.

Pooled testing combines swab samples from individuals and examines them together using a single reverse transcription polymerase chain reaction (RT-PCR) test kit. Pools of five, 10 or 20 persons are tested depending on the prevalence of COVID-19 in an area. Considered a game-changer in the fight to contain the coronavirus, the method is seen to boost testing capacity, expedite tests and significantly reduce the cost of RT-PCR kits. Based on extensive research conducted by the Philippine Society of Pathologists, pooled testing is very effective.

BDO Foundation is funding the pilot implementation, covering the costs of automated extractor machines for each city, training of health workers on proper swabbing, PCR test kits, and other peripherals.

BDO Unibank president and CEO Nestor V. Tan, who also sits as trustee of BDO Foundation, said the support for the pooled testing project comes with the belief that it will address the key areas of cost, accessibility, and timeliness. The implementation of the project is seen to not only benefit Cebu and Makati but will hopefully impact the whole country as well.

“We always believed that the fight against COVID is not the public sector’s alone or the private sector’s. It is a joint initiative by all of us working on the same direction. We are a big supporter of Go Negosyo’s Project ARK because clearly it is not about the trade-off between life and livelihood but it’s trying to address both because one cannot exist without the other,” he said. 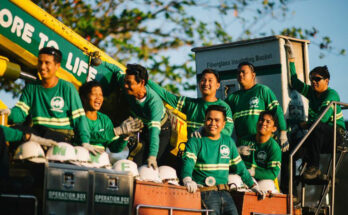 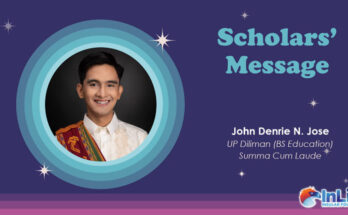 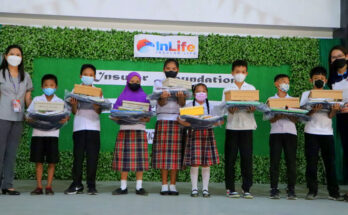