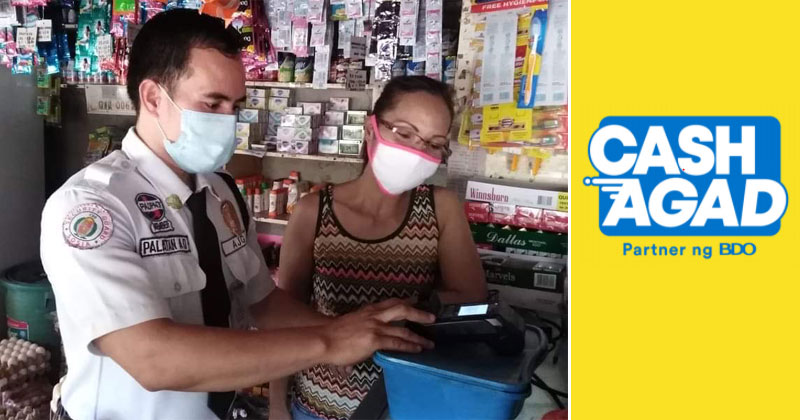 For decades, residents in far-flung areas in Visayas and Mindanao have been burdened by minimal, if not outright lack of access to banks.

It’s not unusual for residents to travel many kilometers just to get cash from a bank or ATM. They need to spend half a day, or even an entire day in some cases, to transact with banks in distant urban areas. Some of them may need to travel by land and even by boat, spending hundreds of pesos in the process.

That situation has been slowly changing for distant communities that now have the Cash Agad service. Cash Agad, which has been operating in both far-flung and semi-urban communities for the past several years, is allowing residents to make cash withdrawals, receive remittances and government cash subsidies, make balance inquiries, and get access to calamity funds and loan releases.

Essentially, Cash Agad is a service that turns community-based shops and similar establishments into a neighborhood ATM. It was BDO Unibank Inc. that first originated the idea for such a service and has been expanding the Cash Agad network in the countryside ever since.

Cash Agad is one example of a bank’s faith in the resilience and resourcefulness of Filipinos in the countryside; it’s a vision realized into a service that has become crucial to the survival of communities during this pandemic.

The Cash Agad service transforms communities for the better when entrepreneurs and local government work together for the common good. The service accepts ATM cards, whether debit or prepaid cards from all banks in the Philippines.

According to Cash Agad partner agent Elsa Pardo of Lantapan, a municipality in Bukidnon Province, Mindanao, until today there’s just one single bank operating in their community.

When the bank’s ATM runs out of cash or is in need of repair, people will have to wait and endure a few days without cash. Those who can’t afford to wait would have to go to the nearest urban area which is some 14 kilometers away. Transport fares can get quite expensive.

According to Elsa, sometimes even these other ATMs also run out of cash or go offline. In such cases, people would have to return home and go back the following day. This situation got even worse when quarantines were imposed due to COVID-19.

Elsa runs her Cash Agad service at her store in their municipality’s public market. When the pandemic hit and community quarantine was declared, she worked with the local government so that Cash Agad transactions could be done safely and in compliance with physical distancing regulations.

“Kaming mga nasa public market, nag-meeting kami with DSWD, the municipal health office, and the mayor. We discussed and set how to process transactions so that we could still provide our services to the people during quarantine,” she said.

With the help of the LGU, protocols were set on how Cash Agad could provide services to its customers. Elsa’s customers include not only workers but also beneficiaries of 4Ps program (who receive monthly cash assistance from the government), and members of indigenous peoples (IPs) sector who also get cash assistance.

“Yung LGU po, they already set a schedule for withdrawals for 4Ps and assistance to IPs. So, these people already have set days and times when they can queue for withdrawals. They are also informed on how much money they are set to receive. Kaya hindi na nila kailangan mag-balance inquiry. Withdraw na agad using their ATMs,” Elsa explained.

The LGU with the help of policemen also established a protocol for those queueing to use Cash Agad. Since Elsa’s Cash Agad kiosk is in the public market, measures were taken to avoid crowding.

“May (outdoor) gym po malapit sa public market. So that was the holding area for those waiting for their turn. Tumulong po yung mga pulis para mag-maintain ng physical distancing. May mga traffic enforcers. May thermal scanning.
“People were glad that we had this system because they felt safer and they were able to inquire about their balance, withdraw their salaries and remittances, and even get their loans and calamity assistance from the SSS and Pag-Ibig. Marami kasing nag-apply ng calamity loan during quarantine,” she said.

Another Cash Agad partner agent, Roselyn Abela of Pitogo municipality (now renamed officially as President Carlos P. Garcia municipality, although residents still use the old name informally), said that her Cash Agad kiosk has been contributing to the local economy.

“Before I started the Cash Agad service in Pitogo, people had to go to the nearest city to transact with a bank or use and ATM. But the nearest city is so far; it’s at another island. People have to ride the habal-habal (passenger motorcycles) and then cross the sea on a pump boat. After getting to the island, they have to ride another habal-habal. A two-way trip costs 550 pesos. And each trip takes two hours to the island, and then two hours again for the ride back to Pitogo,” said Roselyn.

According to Roselyn, residents in Pitogo were used to spending half a day or even the entire day on a trip to the city. Due to the high cost of transport and the travel time consumed, people would maximize their city jaunts. They go the bank, transact at the ATM, and then buy essential goods but they also make it a leisure trip as well: they eat at fast food restaurants and bond over some shopping and other activities.

When the pandemic hit and with community quarantine imposed in March, however, Pitogo residents were forced to stay put. It was then that Roselyn got more customers for her Cash Agad service. As a result, people were spending their cash right there in Pitogo instead of at the city.

“People had no choice but to buy goods here. I noticed that during the months in quarantine, more small businesses were set up. A lot of new eateries and stores cropped up,” she said.

Roselyn’s experience is not unique. Other Cash Agad partners in other localities report the same thing. This shows that by giving more people in more communities ready access to cash, the local economy benefits from the increased spending and capital flow.

“Financial inclusion in far-flung communities is a driver for economic growth. Some places are too far away or located in terrain that make it difficult, logistically, to build a bank branch. Take for example some islands or mountainous regions. That’s why innovative services like Cash Agad are a way to bridge the gap. As more spending occurs in a community, the better for residents and businesses,” said Jim Nasol, Head of Agency Banking, BDO.

As we face a public health and economic crisis, it’s evident how crucial Cash Agad is for people’s survival. They would otherwise not be able to get money for their essential needs. Cash Agad provides convenience but it can be a literal lifeline to those who depend on it. We’ve seen that during quarantine but the truth is, Cash Agad has become essential to communities whether there’s a pandemic or not.
For more information about Cash Agad and how it benefits Cash Agad partner agents and their communities, visit www.bdo.com.ph/cash-agad or email cashagad@bdo.com.ph. 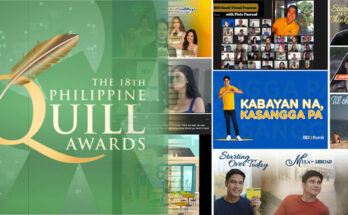