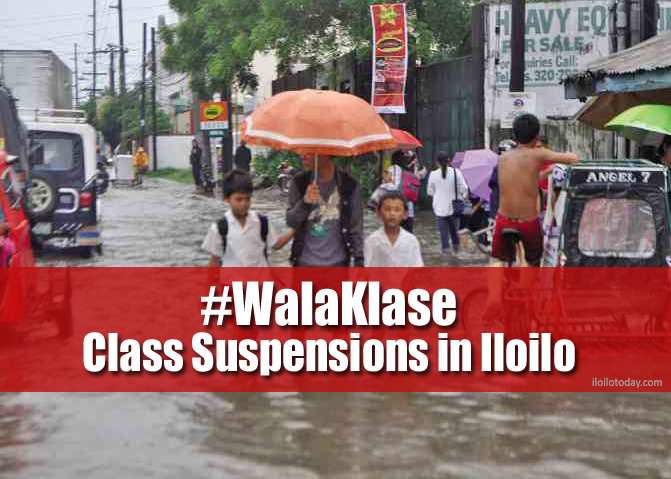 Here’s the declaration as posted in official social media accounts of the city government:

Classes are suspended today, August 07, 2015 for pre-school, elementary and high school in both public and private schools in Iloilo City due to heavy downpour of rain brought by typhoon Hanna.

Espinosa acted on the advisory of Mayor Jed Patrick E. Mabilog who noted the ORANGE Rainfall Warning of Pagasa. Mabilog posted on his official Facebook account:

As of 1:47 am 07 August 2015, Iloilo has ORANGE Rainfall Warning…as for ground situation, moderate to heavy rains has been continuing to fall in the city for the past hour… cancellation of classes in the pre-school, elementary and high school is advised, for college however it can be through the prerogative of the school head.

For college level, it’s up to the school administrators to decide. Here’s some of the schools and areas with class suspensions:

We will update this post as soon as school administrators and local government executives in Iloilo make further announcements. [Image credits: Inquirer.net]