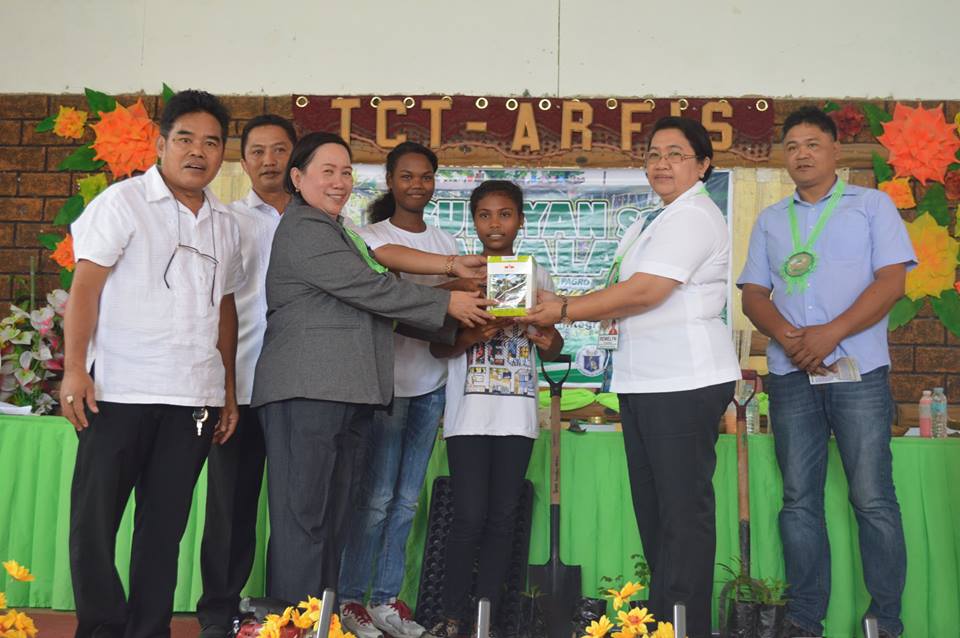 As part of DA’s 10 basic foundations, the Gulayan sa Paaralan Program is implemented in all public elementary and secondary schools nationwide that will also support the Duterte administration’s thrust to produce affordable and available foods for every Filipinos.

Under this program, all schools will establish and maintain gardens that will serve as the source of vegetables to support feeding programs of the schools and also for home consumption. The GPP aims to raise awareness among students on the importance of planting vegetables and to encourage families to establish their own home gardens for continuous and improved nutrition at home.

DA Regional Executive Director Remelyn Recoter said that the impact of this program is to be able to inculcate in the minds of young children to value agriculture. She cited that the farming community is diminishing nowadays and she hoped that through this program, it will prepare the elementary and secondary students to practice and realize the significance of farming.

Recoter also mentioned that the department implements a scholarship program under the Agricultural Competitiveness Enhancement Fund (ACEF) to encourage students to pursue agriculture, fisheries or other agriculture-related courses.

As partner agency for this program, DA turned over to Department of Education-Division of Iloilo City four units of shredder machine, two units of grass cutter, garden tools, assorted seeds and indigenous vegetables seedlings such as alugbati, malunggay and talinum distributed to the elementary and secondary schools of the 10 districts of Iloilo City to sustain their GPP program.

Meanwhile, Officer-in-Charge for the Office of Schools Division Superintendent, Division of Iloilo City Clarisa Zamora thanked the DA for the support given to the Gulayan sa Paaralan Program for Iloilo City schools. She also mentioned the importance of the program to support their school-based feeding programs and encouraged teachers and students to contribute in the project.

The Iloilo City government through the City Agriculture Office will provide the technical assistance and other logistics especially on the establishment of gardens, growing vegetables and monitoring of the GPP.

Key officials of the Department of Education of Iloilo City Divisions, Department of Agriculture, City Government of Iloilo, GPP Coordinators participated in the covenant signing and pledge of commitment to form part the successful implementation of the Gulayan sa Paaralan Program.

The launching was also attended by elementary students of TCT-Ana Ros school and Indigenous People (IP) community of the barangay. [By Myleen S. Subang/DA6Information]