Honesty seems to be a lost art among many people.

But the commendable acts of two SM City Iloilo security guards and a maintenance personnel are testaments to the popular saying “Do Small Things with Great Love”. 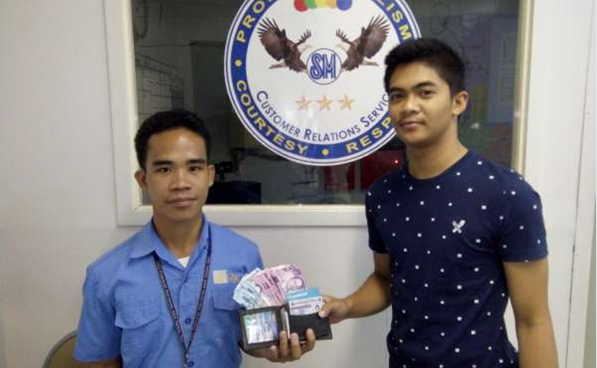 SG Alcain is stationed in SM Cinema and he usually does clearing operations every after each movie showing. In those times, he have shown exemplary honesty in finding things left by customers in the area—several times, he found wallets on separate occasions and were accordingly turned over to the owners after verification at the mall’s Customer Relations Services(CRS) office. 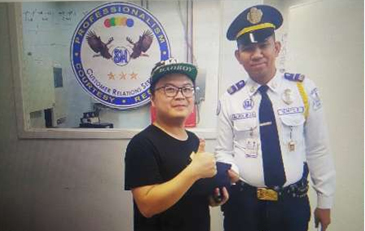 SG Jacinto A. Alcain Jr. of NMISA turns over the pouch to Mr. Yang Changgui of Huasiong College. 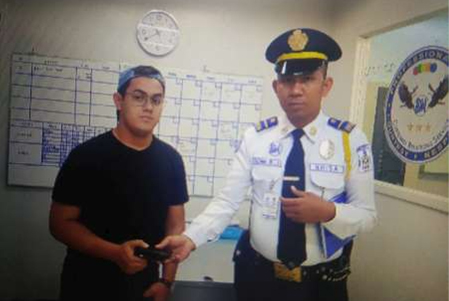 In one instance, SG Jacinto Alcain Jr. found an iPhone 7 but he did not think twice in having it turned over to the CRS office.

The same is true with another honest security guard who also found a wallet containing cash. The worried owner went to the CRS office and was relieved to find out that her wallet was found by SG Jomarie Paredes stationed at the Foodhall of the mall. He would have preferred to keep the item as it is quite tempting but he returned it. 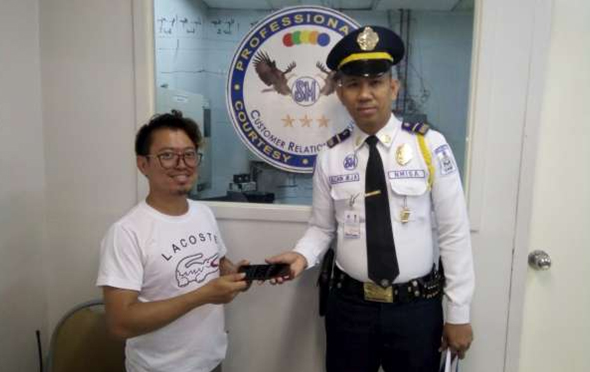 SG Jacinto A. Alcain Jr. turns over the I phone 7 mobile phone to Mr. Randy G. Toledanio of Guimaras Province. 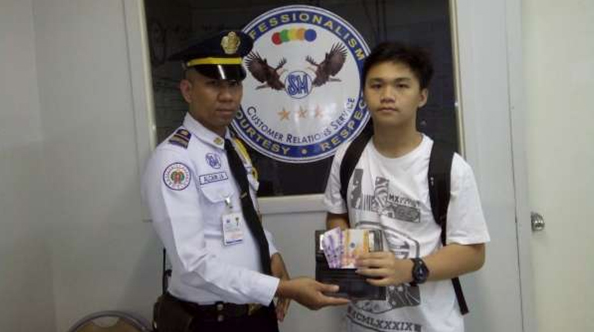 Both guards are from NMISA Security Agency.

On another occasion, a maintenance personnel of RKJ General Services and Sales Inc in the name of Marvin Estember, also found a wallet containing cash in the male comfort room in the Northpoint of the mall which the said personnel immediately turned over to the CRS office. The owner was appreciative of the gesture and was happy to have his wallet back. 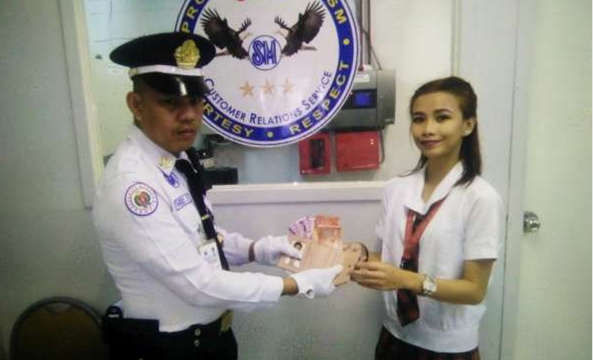 The said mall personnel were given commendation for their honesty and integrity by the management of the mall.