The province of Iloilo’s relentless campaign against illegal fishing activities especially in northern Iloilo got a boost with the addition of four more patrol boats for the Provincial Bantay Dagat Task Force (PBDTF) recently. 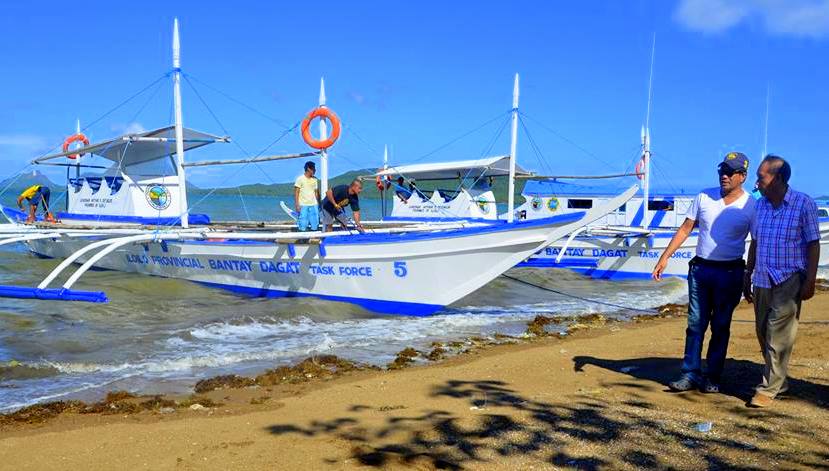 Governor Arthur Defensor, Sr. funded the construction of the two new patrol boats while Italian firm D’Amico Shipping Company through the Italian Embassy, donated the other two patrol boats which will also serve as sea ambulances.

“We procured and constructed these new patrol boats to make your work efficient and to ensure a sustainable and successful campaign against illegal fishing in the province of Iloilo,” Defensor told the members of the PBDTF who attended the blessing and turn-over ceremony.

PO3 Charlie Asturias, head of the PBDTF, said they have an existing three patrol boats but two are currently undergoing renovation.

He said the four new patrol boats, including the two which will also serve as sea ambulances, would greatly help their anti-illegal fishing operation especially in the marine waters of northern Iloilo.

He said the patrol boats are equipped with powerful engines (GD14 with turbo), GPS (global positioning system), and communication facilities.

The two sea ambulances, on the other hand, are equipped with collapsible stretchers and medical kits and have an accompanying rubber boats each.

Defensor said the rubber boats will be used to pick up and carry the patients from the shore. He said a medical team will be deployed in each of the sea ambulances.

One sea ambulance will be serving the island barangays of Carles and Estancia while the other one will serve Concepcion and Ajuy.

Provincial Agriculturist Ildefonso Toledo said they will invite Italian Ambassador Massimo Roscigno and the officials of D’Amico Shipping Company for the official inauguration of the sea ambulances soon.

“We would like to honor them for giving us this one of a kind gift for the province of Iloilo,” he said.

Defensor noted that the effect of his no-nonsense campaign against illegal fishing activities are now being felt by small fishermen and the people in the coastal areas.

The governor said, he received many feedbacks that there are now plenty of fishes and other aquatic resources in the marine waters of northern Iloilo. [via Erly C. Garcia/ Capitol News]