Iloilo City Mayor Jose Espinosa III is determined to bring back the cleanliness of the coastlines as he seeks the cooperation of the people and the community to initiate sustained clean-up drives. 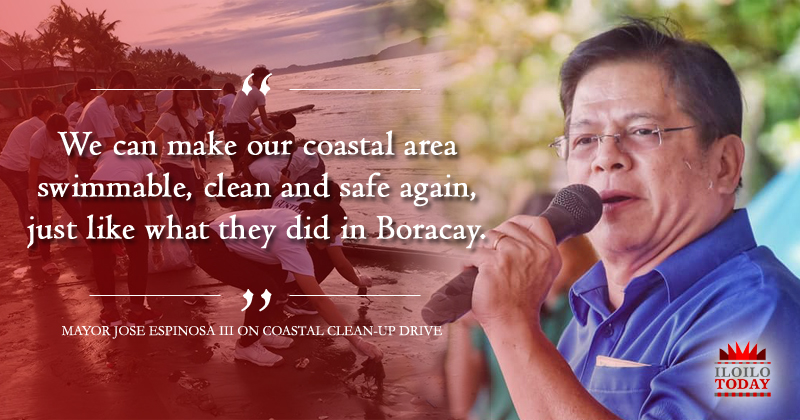 “We took pictures, aerial shots of the coastal barangays and saw the status of the areas. This is a community-driven project, in our own simple way, we can make our coastal area swimmable, clean and safe again, just like what they did in Boracay. There’s a big difference before and after the project,” he said.

The City government will coordinate with the public, private sectors, academe and barangays to start the wheels of development program.
Espinosa will also be assigning a task force to be headed by an executive director to focus in the clean-up drive.

“Involving the barangays can help a lot, it’s a matter of cleaning. A constant reminder to the community and constant help from the government, schools, and the community itself will make this clean-up drive doable,” he added.

Espinosa also noted one of the reasons for the clean-up was due to high coliform level.

City Government will also be connecting with an international agency to help in putting up communal comfort rooms, septic tanks and other facilities.