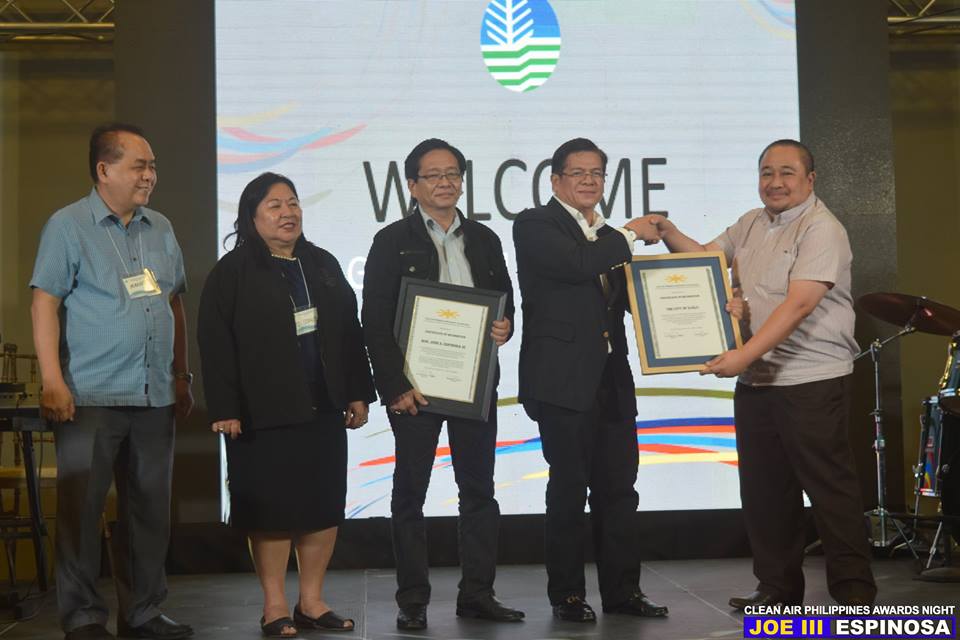 “This is a reward for the effort that our city has done to improve the air quality. Obviously, Iloilo is getting more progressive but we should not forget to take care of our environment. Since I started as a City Councilor, keeping the environment clean and safe for the public has been my primary goal. I assure the Ilonggos that we will do our best to keep the title and sustain the programs that we started,” stressed Espinosa.

“Now that we finally got the title, we will make sure that we can pass the Clean Air Ordinance for the City of Iloilo. I believe that one of the factors that made us win is that we are the only city with complete Emission Inventory, both for air pollutants and greenhouse gas. We are also one of the few cities with Clean Air and Greenhouse Reduction Plan. These are our edges among all cities in the Philippines,” said Engr. Hechanova.

Three smoke belching machines from DENR were also turned over to the city government during the activity. These machines will be used for vehicles’ emission testing.