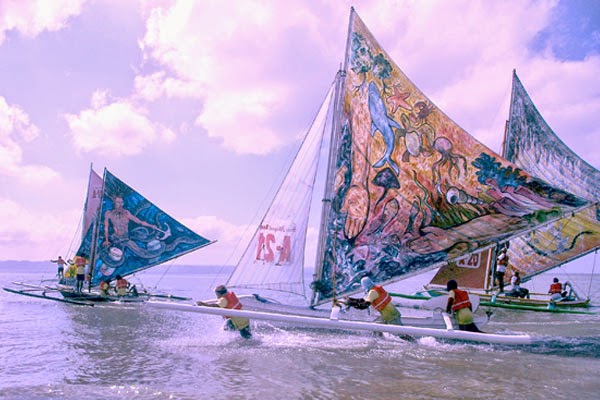 Iloilo has a rich culture that has roots in both Catholicism and ancient animistic practices. Today, the province is home to diverse festivals commemorating a wide variety of occasions. Some commemorate patron saints, others are gestures of thanks for good harvests, and there are festivals celebrated as remembrances of important events in Ilonggo history.

Below are some of the biggest festivals in Iloilo Province that you can’t afford to miss. If you’re interested in joining in these celebrations, be sure to book your hotels in Iloilo well in advance, as these are often fully booked several weeks before these festivals begin.

The Dinagyang Festival is a cultural and religious festival that commemorates two events, the Feast of the Holy Child, and the pact between the native Ati and Malay settlers. The word is derived from the Hiligaynon word “dagyang” which means to “make a noise” or “merrymaking”. The festival is one of the biggest festivals in the Philippines, drawing millions of domestic and international visitors yearly.

Dinagyang is patterned after Ati-atihan, a festival in Kalibo, Aklan that commemorates the same events as Dinagyang. As with most Philippine fiestas, Dinagyang is known for temporary food stalls that serve signature local dishes and organized dance competitions, though at a much bigger scale than is typical.

Schools, businesses, and other cities and municipalities from all over the Philippines set up dance troupes to compete for prizes at the Ati Tribe Competition, the highlight of the festival. The dancers are typically costumed to evoke the image of the Ati natives that the Malay settlers encountered, and the music is heavily based on tribal drum beats.

The Malay settlers that eventually came to inhabit most of Panay Island had a seafaring lifestyle centered around “paraws,” sailboats characterized by colorful sails. These boats have been relatively unchanged for close to millennia until they came under threat in the 20th century due to the emergence of new technologies.

The Paraw Regatta attempts to preserve this heritage through paraw races in the Iloilo Strait between Panay Island and Guimaras. While the Paraw Regatta started simply as a series of paraw races at Villa Arevalo District in Iloilo City, the scope of activities has greatly expanded in the past few decades to include fishing competitions, beach volleyball, rowing, and slalom events, to name but a few.

Many visitors who come for Dinagyang also stay for Candelaria, a smaller though still grand fiesta that follows the more famous celebration.

Candelaria is the Jaro district’s interpretation of the Feast of the Presentation of Jesus Christ, also known as Candlemas. This Catholic holiday is meant to commemorate the Virgin Mary’s presentation of Jesus at the Temple in Jerusalem. This Jaro fiesta is distinguished from other traditional Philippine celebrations of Candlemas through its high level of religious pageantry.

Secular events such as carnivals, cockfighting derbies, industrial exhibits, agricultural shows, and other displays are typically set up in the week leading up to the Candelaria. Beauty pageants are also an important tradition of this otherwise religious festival.

As with many other cities and municipalities throughout Panay, the Municipality of San Joaquin in Iloilo also has a celebration commemorating the contact between the Malay settlers and the Ati natives. Bayluhay is a relatively new celebration inspired by the international success of the Ati-atihan and Dinagyang festivals. The fiesta features cultural reenactments, street dances, pageants, and friendly competitions.

Before the Bayluhay Festival, San Joaquin’s signature fiesta was the Pasungay, an animal fighting derby that pitted carabaos, horses, and bulls against each other. Unlike the other celebrations on this list, the future of Pasungay is uncertain, with the last celebration having taken place in 2018. However, recent celebrations have been canceled due to pressures from animal rights activists and the enforcement of animal welfare laws.

This Lambunao, Iloilo festival is yet another Panay festival that celebrates the Holy Child. However, it is distinguished by the showcasing of the Binanog dance of the Panay-Bukidnon ethnic community.

In this dance, dancers imitate the movements of hawks called “banog” in the local language. The costumes are also very different from those typical of other Panay fiestas, drawing inspiration from hawks and Panay-Bukidnon culture. These give the festival a unique twist over the other better-known celebrations in Iloilo.

Pavia’s Carabao-Carroza Festival was partly a reaction to the industrialization of farming in the early-to-mid 20th century. The festival celebrates old traditions, particularly the use of carabaos, through three main events: The Carabao-Carroza Parade, the Carabao-Carroza Race, and the Search for Carabao-Carroza Queen pageant. These celebrations have become especially poignant as farming continues to decline in Pavia.

Tinu-om is a chicken-based dish that is considered to be a specialty of Cabatuan, Iloilo. As expected, the Tinu-om Festival sees this dish served up in abundance at different households. Local dance troupes also depict chickens and the tinu-om preparation process through costumes and interpretative dances.

Tinu-om is prepared by wrapping chicken meat, lemongrass, onions, and tomatoes in banana leaves. These wraps are then steamed until the meat inside is tender. While Cabatuanons may quibble over the details of different recipes, it’s generally agreed that native chickens should be used in a proper tinu-om.

Because it is reckoned using the traditional Chinese lunar calendar, Chinese New Year has a movable date in the Gregorian calendar. In most years, Chinese New Year takes place between the last week of January and the second week of February.

Since the 2000s, Iloilo City’s Chinese New Year celebrations have become grander in scale, a reflection of the outsized role that the Chinese-Filipino community has played in Iloilo’s development. Celebrations usually last a week and feature fireworks, cultural displays, exhibits, and other commemorative events.

These are just some of the festivals in Iloilo that you shouldn’t miss. Because many of the most popular festivals occur in January and February, hotels in Iloilo are often fully booked during these months. To join in the fun, be sure to book your accommodations well in advance. 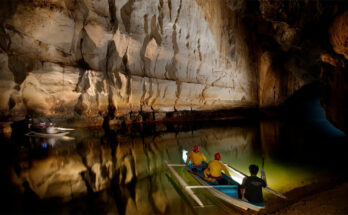 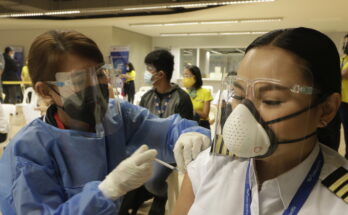 No vaccination, no flight to and from NCR starting January 17