Megaworld Corporation drums up the anticipation for the inauguration of Iloilo Business Park as the next central business district with an online Photo Contest themed “What’s Big About #IloiloBusinessPark?” 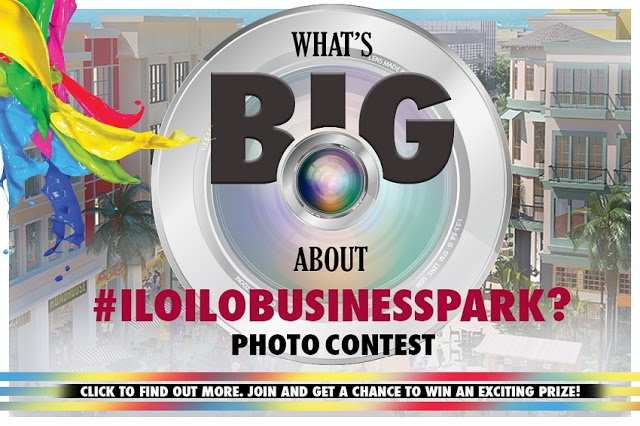 Iloilo Business Park is a 72-hectare township development in old airport site of Mandurriao district. On September 14, President Benigno Aquino III will be at the site to formally inaugurate the iconic Iloilo Convention Center.

The biggest real estate company in the country will celebrate this new milestone by inviting Ilonggos to join the very simple online photo contest.

Winners will be awarded gift certificates from Richmonde Hotel Iloilo and experience great food and spectacular ambiance at the world-class hotel! If you are interested, here’s the full mechanics:

1. The contest is open to Filipino citizens who are currently residing in Iloilo City and are of legal age.
2. Before a participant can join the contest, he or she must like or follow Megaworld on the following social media platforms:

3. Participants must post on his/her Facebook, Twitter or Instagram account a photo of a portion, a development or even the entire Iloilo Business Park with a caption that answers the question “What’s Big About #IloiloBusinessPark?” The caption must include the hashtag #IloiloBusinessPark so entries can be monitored and selected.
4. Each participant is allowed to submit multiple entries.
5. Participants may alter their entries by using photo editing software.
6. By joining this contest, the participant warrants that his/her entry (photo and caption) is authentic and it will be owned by Megaworld Corporation.

7. Entries will be judged based on the following criteria:

Popularity (number of “retweets” on Twitter and “likes” on Facebook or Instagram) – 20%
8. Megaworld will choose three winners among the entries. The names of the winners will be announced on Megaworld’s official social media accounts. Winners must not be an employee of Megaworld or any of its subsidiaries.
9. Winners will be given a buffet lunch gift certificate which can be claimed only at Richmonde Hotel Iloilo.
10. The contest will run from September 11 to 18, 2015.