A student took pictures of a notorious snatcher as he was trying to rob a fellow passenger inside a public utility jeepney in Iloilo City. 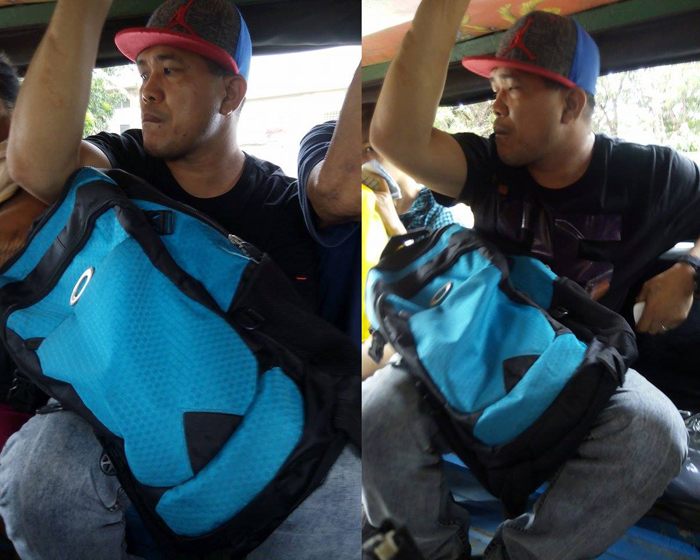 RMN Iloilo posted the pictures of the alleged snatcher, who was in his jeans and black T-shirt with backpack used to cover his hands while robbing a fellow passenger on his side.

The student related that they were riding a jeepney plying along Diversion road when the snatcher tried to rob him. The latter even threatened him by showing a screw driver when he took the pictures.

Netizens commented in the social media post that the man is a notorious thief named Arnold Rafer, who resides in Brgy. Salvacion (Bunot) Habog-habog in Molo district. Some claimed that they have also been victimized by the same person in the past.

Authorities advise the commuting public to be mindful of these snatchers, who usually bring backpacks, big folders or envelopes to cover their hands while doing the criminal act. [Photo credits: RMN Iloilo]