City Mayor Jed Patrick Mabilog is endorsing the Jalaur River Multi-purpose Project (JRMP) Stage 2 of the National Government , adding that the city is set to benefit from the project’s bulk water supply and power components. 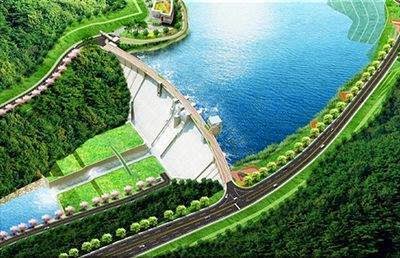 Amidst the seeming reluctance and indecision of the City Council to give endorsement to the project, Mabilog said the councilors only wanted a full explanation about the project for they were not informed beforehand.

Mabilog said the city has no water source and is tapping its water supply from the province. The National Irrigation Administration (NIA) is seeking endorsement from the City Council through a resolution to be passed for the immediate implementation of JRMP Stage 2.

Mabilog said the project has a water component of more than 80,000 cubic meters per day aside from its power supply component of 6.6 megawatts.

The project, with three dams and 81 kilometer long high line canal, is envisioned to provide year round irrigation water within the cities of Passi and Iloilo and 23 other towns.

The project, costing P11.2 billion, will also provide 17,000 job opportunities and will triple rice production in the province to some 360 metric tons per year.

Actual construction of JRMP Stage 2 will start on the first week of 2015 and completion is slated by late 2017. By Lydia Pendon