Mayor Jed Patrick Mabilog here is willing to lead a protest and file a temporary restraining order (TRO) against the increased PhilHealth premium subsidy before the Supreme Court should the plan to hike the premiums paid by local government units pushed through. 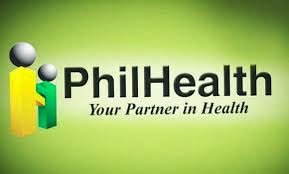 “PhilHealth defeats its mandate to serve the poor people through subsidy by the local government unit. While regular government employees and those in the private business are mandated to join the health insurance coverage of PhilHealth, the poor needs more assistance from the government,” Mabilog said.

Mabilog said that Iloilo City paid P31 million in 2013 for the health premiums of poor constituents. The city is paying more thanP5 million for 1,000 beneficiaries per month but only about 10 percent availed of PhilHealth hospital assistance.

With the increased premiums starting 2014, the city subsidy will ballooned to more than P120 million.

“We are going to increase our financial assistance to the poor constituents and will give P5,000 assistance for hospitalization insteadof paying the PhilHealth premiums,“Mabilog said.