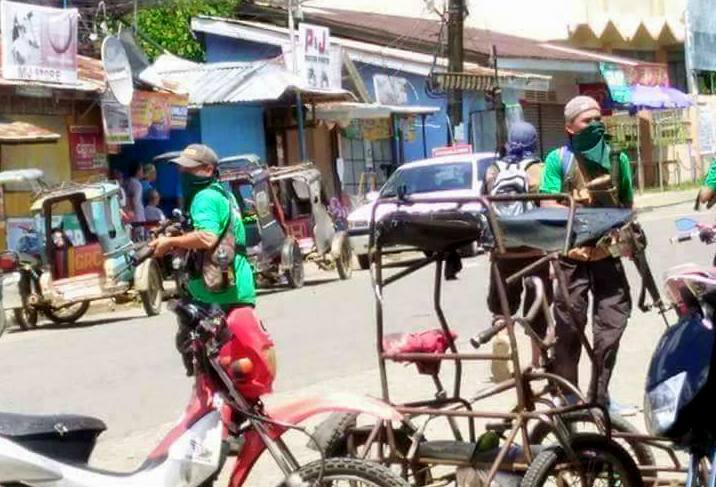 Iloilo Police Provincial Office (IPPO) spokesperson Police Chief Inspector Aaron Palomo said in an interview that the rebels attacked the police station at around 11 a.m and took firearms and other equipment from the policemen on duty.

Palomo said there were 15 policemen on duty but only five were at the police station when the incident happened as the 10 others were roaming around the town.

Before the incident, Palomo said a woman approached the women’s desk of the police station and pretended to report an incident until she declared “attack or raid.”

The rebels also gave letters to residents citing the reasons for the attack, and used the police station’s Toyota Hilux patrol car as their getaway vehicle. 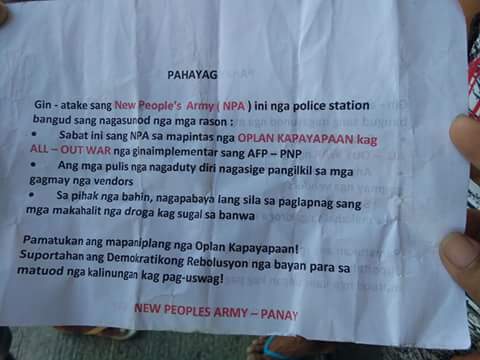 Palomo said they immediately coordinated with the Philippine Army, Regional Public Safety Battalion, police forces and other concerned agencies to respond to the incident.

He said the patrol car was recovered in Alimodian town and surmised the rebels may have escaped to the mountainous area of said town.

Investigation on the incident is still ongoing, Palomo assured.

The IPP0 here has ordered all police stations in the province to take “extra vigilance” and to stay “alert” to avoid this incident to happen again. [With a report from PNA]