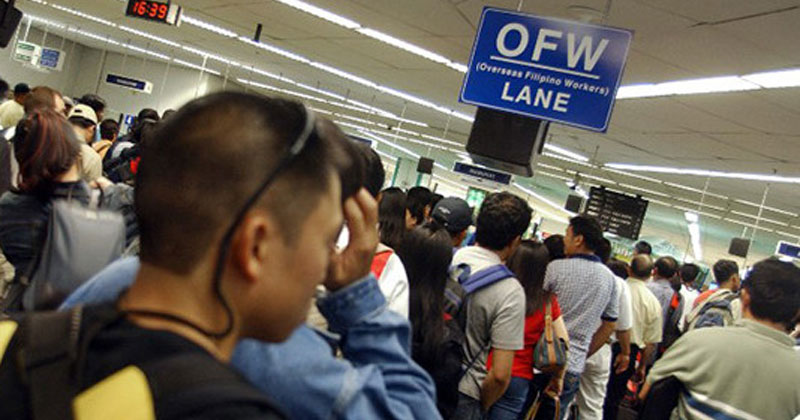 A bill seeking to encourage overseas Filipino workers to invest a portion of their remittances with the government has been approved in the committee level of the House of Representatives.

OFW Sovereign Fund is designed to encourage around 10 million Filipino workers abroad to invest part of their income or cash remittances with the government.

“Proceeds of all the investments lodged in the OFW Sovereign Fund shall be used solely by the national government to finance significantly urgent national government and private projects with strong emphasis on productive and job-generating industrial or agricultural projects, which shall be directed by the President,” the explanatory note of HB No.530 said.

Once enacted into law, the bill will enable OFWs to be investors in nation-building toward the industrialization of the country, like allowing Filipino seafarers to be reintegrated into the Philippine domestic economy by becoming industrialists themselves.

Paduano said this would allow OFWs to save part of their income even during the pandemic, simultaneously providing them the opportunity to help the country.

The proposed OFW Sovereign Fund Act would cover all OFWs and former OFWs, whether land-based or sea-based, and their immediate family members such as parents, spouses and children. (With reports from Philstar, Manila Bulletin)