The Philippines’ biggest Pokemon Go Lure Party is happening on Friday, August 12 in over 50 SM Malls nationwide, and of course Ilonggo gamers may join the craze at SM City Iloilo! 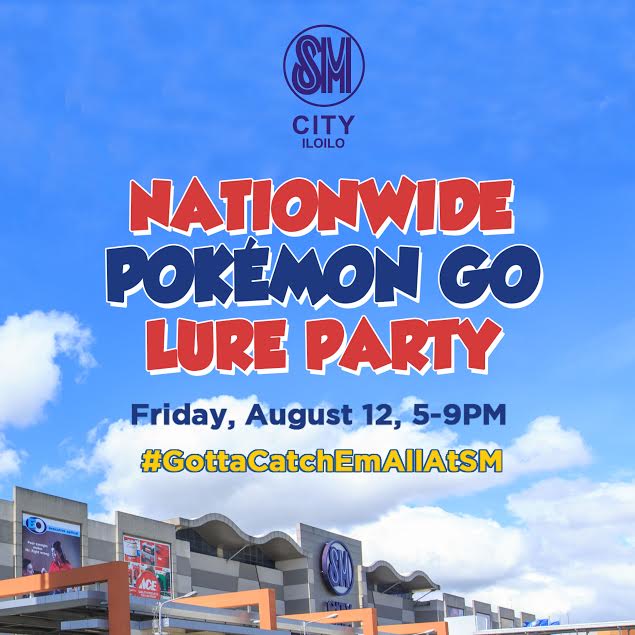 Pokemon Go is a free augmented reality game developed by Niantic for iOS and Android devices, and first released in July 2016. The game app uses mobile device’s GPS capability to locate, capture, battle, and train virtual creatures, called Pokémon, who appear on the screen as if they were in the same real-world location as the player.

The game, which was released in the Philippines last August 6, immediately sparked a global frenzy among gamers who took their smartphones to the streets to find those cartoon monsters.

SM Malls will make the Pokemon catching more interesting by placing lures inside their malls on August 12 from 5PM to 9PM!

It’ll surely be a fun time together with family and friends, as you new Pokemons and meet fellow Pokémon Masters and Trainers at SM City Iloilo!