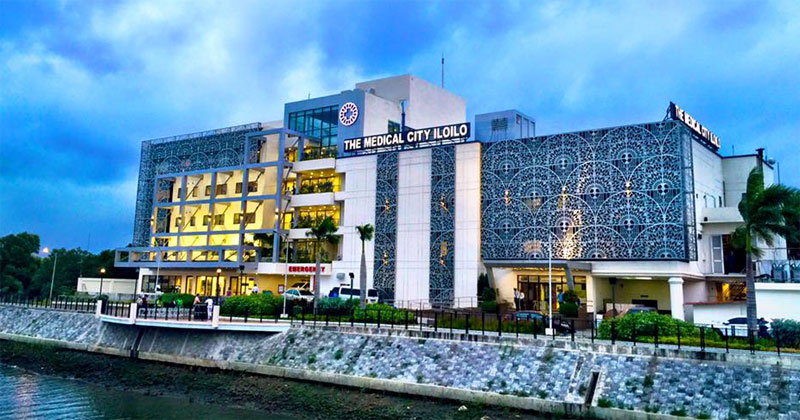 The Medical City Iloilo (TMCI) inaugurated of its new complex in Molo district on Wednesday, January 27. The expansion building increases the hospital’s capacity and service capability, making it the specialty care hospital in the Western Visayas region.

The new complex also blends perfectly with the Esplanade 2 which is part of the River Development Project of Iloilo City designed to turn this part of the city into a wellness hub for Ilonggos as well as local and foreign guests.

In 2009, The Medical City planted itself in Iloilo by taking over Great Savior International Hospital and transforming it into its present form. Groundbreaking ceremony for the expansion of the hospital was held on June 14, 2014.

TMCI is the only health facility in the region that provides complete facilities for cardiovascular and neurovascular intervention through its state-of-the-art Cardiac Catheterization Laboratory (Cathlab).

“Patients from Panay as well as Negros with cardiovascular and neurologic diseases have been diagnosed and treated in TMCI, at lower costs and with the chance to be closer to home with their families, compare to how it was before when they had to fly to Manila for the same services,” says TMCI Chief Executive Officer Dr. Eugenio Jose F. Ramos.

“Now with a bigger staging ground, The Medical City Iloilo aims to pursue more aggressively its goal of changing the landscape of health care in the Western Visayas region,” adds Dr. Ramos.

TMCI also takes pride in the cultural transformation of its hospital staff which is vital to the vision and mission of The Medical City-Iloilo.

“The Medical City’s brand of healthcare puts a premium on patient-partnership, a value proposition that puts the patient at center stage, receiving service of greater worth – way beyond the modern technology, the expertise of its doctors, and beauty of its surroundings,” says Dr. Ramos.

TMCI is one of the five local hospitals of The Medical City, the largest healthcare network in the Philippines. The other hospitals are TMC Main (Ortigas), TMC Clark, TMC South Luzon and TMC Pangasinan. TMC also owns and operates Guam Regional Medical City which is the first Filipino-owned hospital on United States soil and an ambulatory clinic in Dubai.

TMC also has 36 clinics across the country including TMC Clinic in Robinsons’ Place Iloilo which opened in November 2014. [via Source | Photo credits: Dr. Raul Banias]