More than 6,000 students and faculty members of University of Antique (UA) joined hands to break the Guinness world record for biggest human anchor on Tuesday, January 19, 2016. 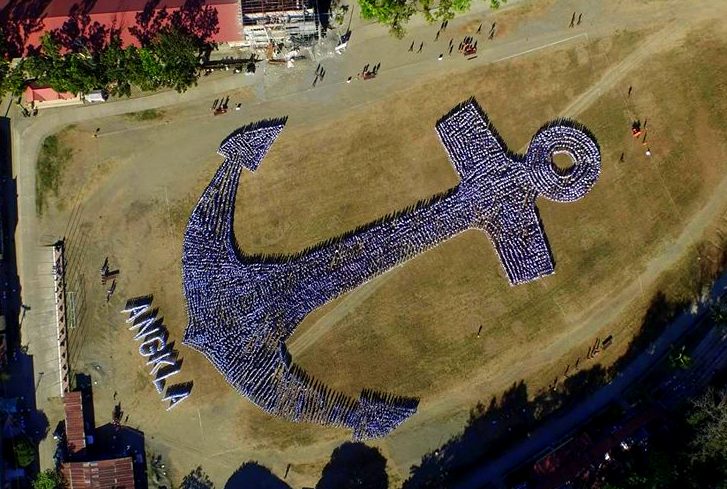 To verify the actual number of participants, the Guinness representative handed out 6,000 white wrist bands to the student participants who formed the human anchor. Commission on Audit (COA) personnel were also present to count the participants.

The 6,000 wrist bands was not enough as thousands more were not accomodated and became mere spectators of the event, which broke the previous record of 4,200 participants.

UA partnered with ANGKLA Partylist, an organization working for the interests of Filipinos in local and global maritime industries, to come up with this human anchor image in honor of Filipino maritime professionals.

Dean Dr. Jelyn Alentajan of College of Education added that the human anchor is also symbolic since UA is now offering the Enhanced Support Level Program that would lead to B.S. Marine Engineering and B.S. Marine Transportation.

Congratulations to University of Antique students and all Antiqueños for breaking the Guiness world record. Kruhay!